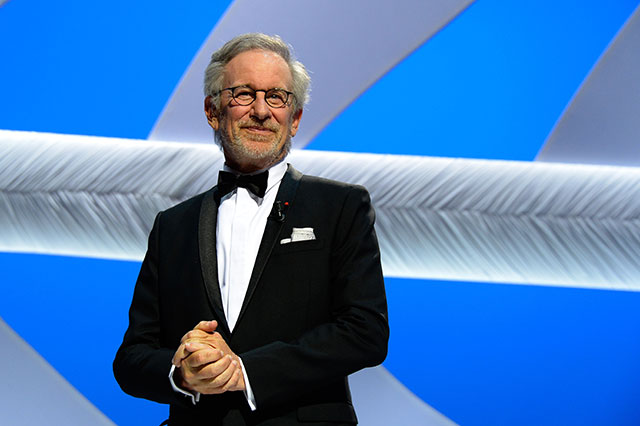 For decades, Steven Spielberg has dramatised the notion of the American nuclear family. From E.T. to War of the Worlds, Spielberg has explored how complex family bonds are beset by extraordinary (and often otherwordly) circumstances. So, isn't it time that the world's most successful film director turned the lens on himself?

That's exactly what Spielberg is planning in a forthcoming biopic of his life. The director has often spoken at length about the scars of divorce during his own upbringing, and he's translated this into many of his films. At the same time, Spielberg has also expressed the childhood joy and exuberance that came with creating his own Super 8 movies (emphasised in the Spielberg-produced, J.J. Abrams-directed Super 8 in 2011).

We might imagine that these contradictory facets will inform Spielberg's deeply personal project. It's certainly scored an ace in the hole as far as casting is concerned. Deadline reports that The Greatest Showman's Michelle Williams is being lined up to play Spielberg's mother. Williams, a four-time Oscar nominee, has brought grace and sensitivity to the aforementioned musical blockbuster, not to mention critically acclaimed hits including Brokeback Mountain (2005) and Meek's Cutoff (2010).

Unsurprisingly given the nature of the piece, Spielberg will be writing the screenplay, the first time he has done so since 2001's A.I. Artificial Intelligence. He will be collaborating with Tony Kushner, a regular partner with whom he's worked on Munich and Lincoln. Kushner has also penned the screenplay for Spielberg's upcoming musical remake West Side Story, due for release on 10th December 2021.

Reports indicate that Spielberg's new movie, currently untitled, will shoot this year for a purported 2022 release date. Will this be the most personal Spielberg offering to date? Let us know your thoughts @Cineworld.