The King's Man: everything you need to know about Matthew Vaughn's comic book prequel

Comic book movie The King's Man tweaks the formula of the hit Kingsman spy franchise. Set to arrive in early 2021, this will expand the mythology of the smartly attired British operatives, delving into their past and depicting an early mission in which the world comes under threat from a number of evil villains.

On the eve of the new year, we're diving into The King's Man, including its storyline, cast and relationship with the previous Colin Firth-Taron Egerton movies. Scroll down to find out more.

What is the story of The King's Man?

Distributor 20th Century Studios outlines the plot as follows: "As a collection of history's worst tyrants and criminal masterminds gather to plot a war to wipe out millions, one man and his protégé must race against time to stop them."

Going into more detail, we're introduced to battle-scarred World War I hero Conrad who is mentored by the suave, upper-crust Duke of Oxford. The latter is one of a long line of Kingsman agents, top-secret operatives who have protected the British Empire from an assortment of diabolical threats.

Trained by both the Duke of Oxford and fellow Kingsman agent Shola, Conrad finds himself embracing the legacy of the Kingsman spy agency, which disguises its operations behind a Savile Row tailor's shop. Both men must prevent the evil Rasputin and an assortment of other fiends.

Is The King's Man a sequel to the first two Kingsman movies?

No, The King's Man is not a sequel but a prequel to the Kingsman movies. As made clear by the synopsis, it's set a century before Colin Firth's stylish Harry Hart and Taron Egerton's new agent Eggsy were introduced. However, we haven't said farewell to this chalk and cheese pairing yet – scroll down for more details.

Who stars in The King's Man?

Maleficent: Mistress of Evil's Harris Dickinson plays the plucky Conrad, while Schindler's List and The Grand Budapest Hotel's Ralph Fiennes, a two-time Oscar nominee, portrays the Duke of Oxford. Let's not forget that Fiennes has experience in the world of espionage: he plays 007's superior M in the James Bond franchise, and reprises his role in the upcoming No Time To Die. Meanwhile, Blood Diamond's Djimon Hounsou plays Shola and Their Finest's Gemma Arterton portrays fellow agent Polly.

We get a sense of the film's sweeping historical context by taking a closer look at the supporting cast. As mentioned, the central villain is Rasputin (aka the 'Mad Monk'), played by Notting Hill's Rhys Ifans. Rasputin was a notoriously controversial figure in 19th-century Russia, a self-proclaimed mystic who exerted considerable influence over Nicholas II, the country's last emperor.

Mixed in with Rasputin is the equally controversial British politician Kitchener, played by Mank's Charles Dance. Kitchener was notorious for his internment camp policies during the late 19th-century Boer War, later becoming the UK's Secretary of State for War when World War I broke out in 1914.

We might, therefore, expect a twisted alliance of evil minds between Rasputin and Kitchener in the movie, which would effectively serve that outlandish brand of Kingsman action that meshes recognisable elements with pulpy fantasy. Also thrown into the mix is Erik Jan Hanussen, the man who schooled Adolf Hitler in the so-called 'art' of public delivery. He's played by Captain America: Civil War's Daniel Bruhl.

Can the combination of Dickinson's Conrad and Fiennes's Duke of Oxford stop this tidal wave of villainy? In the manner of the chronologically later Kingsman movies, this prequel looks to derive humour and dramatic effect from the contrasting background of its central duo, one a soldier who has recently returned from the muddy, war-torn front line, the other an aristocrat whose fighting days may well be behind him. Of course, these differences have to be put aside when it comes to saving the world.

Who directs The King's Man?

Matthew Vaughn returns from the first two Kingsman movies to helm The King's Man. Both of the previous films generated box office success and a fair amount of discussion, owing to their mixture of outrageously violent action and smutty, innuendo-laden humour. Vaughn's aim throughout the preceding Kingsman movies was to both honour and subvert the legacy of the classic James Bond series, where the familiar pleasure of a tailored suit can give way to a jaw-dropping massacre sequence inside an American fundamentalist church.

Of course, those familiar with Vaughn's critically acclaimed Kick-Ass were expecting a similarly confrontational and provocative approach. Kick-Ass (and its less well-regarded sequel) casts Aaron Taylor-Johnson (who has a role in The King's Man) as a DIY superhero who makes the decision to fight crime, despite having no powers of his own. The film's blend of gallows humour, swearing (largely from Chloe Moretz's pint-sized 12-year-old Hit Girl) and gory violence was the perfect satirical takedown of the comic book genre.

Prequel The King's Man is still nominally inspired by Mark Millar's original Kingsman comics. Yet Vaughn wanted to push the envelope by taking inspiration from 1975 Sean Connery classic The Man Who Would Be King, telling Empire Magazine: "I thought, ‘Why can’t we do “The Man Who Would Be Kingsman”?’ Why is no-one making a movie like that anymore? Big, epic, fun adventures with heart and proper storytelling. So, in a weird way, it’s going to be the most old-fashioned movie I’ve made. I am so out of my f*****g comfort zone on this. It’s been quite exhilarating.”

Yes, Matthew Vaughn has confirmed that Colin Firth and Taron Egerton will return in Kingsman 3. In fact, he told Empire Magazine: "We’ve put seeds for what’s going to happen in Kingsman 3 all the way back into this. And it’s going to be very different.”

When is The King's Man released in the UK?

The King's Man is due for release in the UK (at the time of writing) on 12th March 2021. Excited? Let us know @Cineworld. 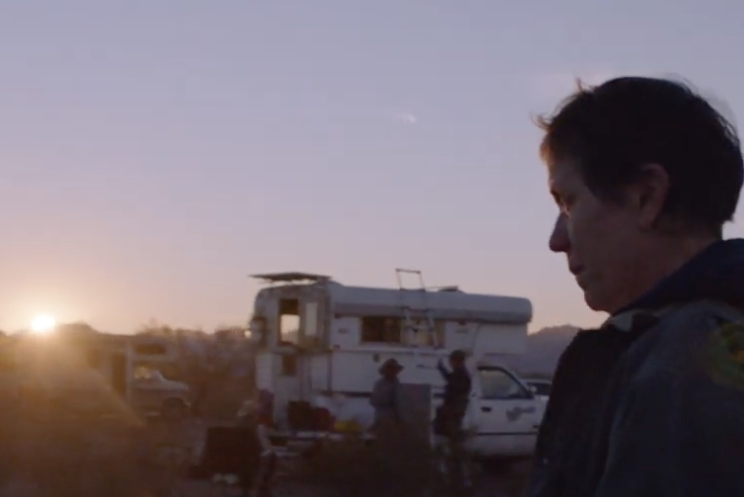