The Nutcracker and the Four Realms

What's the story? All Clara (Mackenzie Foy) wants is a key – a one-of-a-kind key that will unlock a box that holds a priceless gift from her late mother. A golden thread, presented to her at godfather Drosselmeyer's (Morgan Freeman) annual holiday party, leads her to the coveted key—which promptly disappears into a strange and mysterious parallel world. It's there that Clara encounters a soldier named Phillip (Jayden Fowora-Knight), a gang of mice and the regents who preside over three Realms: Land of Snowflakes, Land of Flowers and Land of Sweets. Clara and Phillip must brave the ominous Fourth Realm, home to the tyrant Mother Ginger (Helen Mirren), to retrieve Clara's key and hopefully return harmony to the unstable world. Starring Keira Knightley as the Sugar Plum Fairy and featuring a special performance by Misty Copeland, Disney's new holiday feature film 'The Nutcracker and the Four Realms' is directed by Lasse Hallstrom and inspired by E.T.A. Hoffmann's classic tale.

Click here to book your tickets for The Nutcracker and the Four Realms.

What's the story? PREPARE TO GET SLAUGHTERED...Welcome to Slaughterhouse, an elite boarding school where boys and girls are groomed for power and greatness...and they're about to meet their match. This ancient and ordered world is about to be shaken to its foundations - literally. A controversial fracking site on prized school woodland causes seismic tremors and creates a mysterious sinkhole, unleashing an unspeakable horror. Soon a new pecking order will be established as the pupils and teachers alike become locked in a bloody battle for survival...

Click here to book your tickets for Slaughterhouse Rulez.

What's the story? Annie (Rose Byrne) is stuck in a long-term relationship with Duncan (Chris O'Dowd) – an obsessive fan of obscure rocker Tucker Crowe (Ethan Hawke). When the acoustic demo of Tucker's hit record from 25 years ago surfaces, its release leads to a life-changing encounter with the elusive rocker himself. Based on the novel by Nick Hornby, the author of About A Boy, Juliet, Naked is a comic account of life's second chances.

Click here to book your tickets for Juliet, Naked.

What's the story? An epic portrayal of the events surrounding the infamous 1819 Peterloo Massacre, where a peaceful pro-democracy rally at St Peter’s Field in Manchester turned into one of the bloodiest and most notorious episodes in British history. The massacre saw British government forces charge into a crowd of over 60,000 that had gathered to demand political reform and protest against rising levels of poverty. Many protestors were killed and hundreds more injured, sparking a nationwide outcry but also further government suppression. The Peterloo Massacre was a defining moment in British democracy which also played a significant role in the founding of The Guardian newspaper.

What's the story? A sequel to the wildly popular Polish comedy 'Dzien Swira' (Day of the Wacko) (2002), follows Adam Miauczynski into the problems of adulthood. Fear, anger, sadness, joy, disgust, jealousy, shame. The seven emotions were difficult to pinpoint to Adam Miauczynski when he was a child, similar to most people. To improve the quality of his adult life, he decides to go back to his - not necessarily worry-free – childhood and learn to embrace the seven emotions. This extremely unpredictable journey into the past brings back many hilarious memories but is also touching and thoughtful.

What's the story? A group of US paratroopers land behind enemy lines to carry out a mission critical to the success of the Allied invasion. However, as they approach their goal, they begin to realize that they must not only confront the Nazi army, they will also have to fight supernatural forces arising from an experiment of the army of the third Reich.

Click here to book your tickets for Overlord Unlimited Screening.

What's the story? Under the watchful gaze of his young assistant, and the threatening presence of a new generation of artists, Mark Rothko takes on his greatest challenge yet: to create a definitive work for an extraordinary setting. MGC Artistic Director Michael Grandage directs this first ever UK revival since directing the world premiere at the Donmar Warehouse in 2009. The production went on to win six Tony Awards, including Best Play. Award-winning stage and screen actor Alfred Molina reprises his critically acclaimed performance as the American abstract expressionist painter Mark Rothko. He is joined by rising star Alfred Enoch of US television drama series How to Get Away With Murder as his assistant Ken.

Click here to book your tickets for MGC Presents Red.

What's the story? In Japanese with English subtitles - One day, Kun's mother brings home a new family member. For the four year old boy, joy quickly turns to disappointment when the little sister, Mirai, replaces him as the centre of attention. Kun can't bring himself to accept her as his sister however things turn magical when, with a mysterious garden as his gateway, he encounters his mother as a little girl and his great-grandfather as a young man, and has a series of surprising adventures with his 'older' sister from the future. These experiences change how he sees the world and help him grow in to the big brother he was meant to be.

Some Like It Hot re-release (Monday 5th November, 7.30pm)

What's the story? Two down-on-their-luck jazz musicians find themselves out of a job and on the lam after the police raid the speakeasy they perform in and they inadvertently stumble upon a gang war. With no money and nowhere to hide, a gig with Sweet Sue and her Society Syncopators at a Florida beach resort seems like the perfect getaway. There's just one hitch: the Syncopators are an all-female band, and Joe and Jerry aren't women - yet!

The Nutcracker And The Four Realms 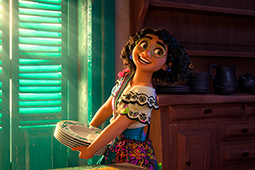 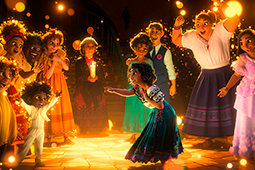 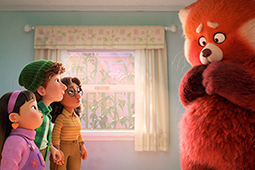 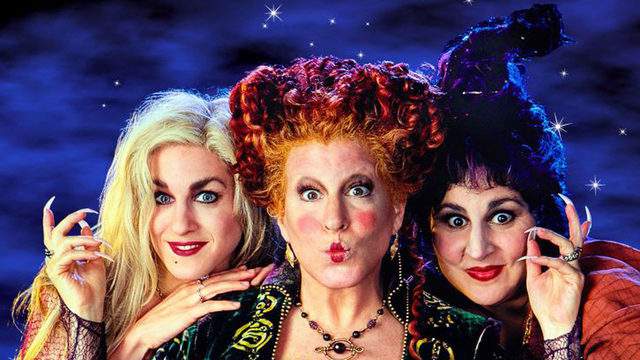 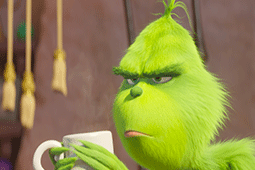 Christmas comes early! Book your Cineworld tickets for The Grinch