The Riddler: the startling real-life influence behind Paul Dano's eerie portrayal in The Batman

The Batman puts an intriguing, darkly Gothic spin on the DC Comics mythology, and not just with regard to its title character. While Robert Pattinson reinvents the Dark Knight as a Gotham City detective, his co-star Paul Dano is similarly reinventing the role of the villainous Riddler from the inside out. Here's what we know so far.

What is the nature of Batman and The Riddler's conflict in The Batman?

The exact nature of their battle is yet to be determined. However, The Riddler, not unlike Heath Ledger's Joker in The Dark Knight, is out to test Batman in psychologically torturous ways. Reports suggest that the criminal mastermind has figured out Batman's true identity, and is putting him through his paces. We know from the trailer that The Riddler utlises social media and breaking news channels to broadcast his fiendish conundrums and hideous crimes. He also, seemingly, gets himself caught on purpose so he can torment Batman even more from the relative safety of his cell. There's also an implicit suggestion of admiration from The Riddler's side, again not unlike Ledger's Oscar-winning take on The Joker. Who is the primary influence for Paul Dano's portrayal of The Riddler?

It's been extensively reported that this Riddler owes himself to the notorious, real-life Zodiac killer. The elusive psycho tormented the San Francisco Bay Area in the 1960s and 1970s, sending police and journalists coded ciphers as to his next victims. Chillingly, the Zodiac was never definitively identified, but his legacy lived on via the portrayal of the Scorpio killer (played by Andy Robinson) in the 1971 Clint Eastwood classic Dirty Harry.

More significantly, the Zodiac was the subject of the terrific David Fincher drama of the same name, released in 2007. The exhaustive movie recounted the lives of the various men who became consumed with the act of catching the devious psychopath. The movie's thesis points towards a particular subject, although this is editorialised for the movie – in real life, there was no such closure.

Certainly, when one looks at Dano's costume in The Batman, one can see the comparisons with Fincher's visualistion of the Zodiac (itself painstakingly drawn from real-life accounts). The Riddler's actions, namely his tendency to leave mocking brain teasers and clues at his grisly crime scenes, also bear explicit parallels with the Zodiac.

This has been confirmed by The Batman's director Matt Reeves who told Moviemaker: "The premise of the movie is that the Riddler is kind of molded in an almost Zodiac Killer sort of mode, and is killing very prominent figures in Gotham. And they are the pillars of society. These are supposedly legitimate figures. It begins with the mayor, and then it escalates from there."

It's one of the ways in which this Batman movie is set to cross the streams between heightened comic book fantasy and horribly plausible reality, accentuated by Michael Giacchino's turbulent new Batman theme.

What does Matt Reeves say about The Riddler's motivations?

Reeves explains: "In the wake of the murders, [The Riddler] reveals the ways in which these people were not everything they said they were, and you start to realize there’s some kind of association." According to Reeves, these actions help articulate the main message of the new Batman movie.

“This idea of a place that is corrupt, and you try to swim against the tide in order to fight against it and make a difference, is quintessential Batman,” he notes. “At the center of those noir stories is almost always the detective, right? And that’s why he is the world’s greatest detective. So this story is, in addition to being almost a horror movie, and a thriller, and an action movie, at its core, it’s also very much a detective story. It’s very narrative." How has Paul Dano described The Riddler?

The versatile Dano has been noted for his portrayals of uncomfortable, often disturbed characters in the likes of There Will Be Blood and Prisoners. He says that the opportunity to play The Riddler was both a thrill and a challenge.

“I liked how both grounded and big this film is at the same time,” Dano tells Empire. “So there are some grounding forces like the Zodiac Killer, right? But it’s still The Batman, and for me it’s much bigger, so it was important to let my imagination react to the script, rather than strictly basing it on a serial killer.”

He adds: "The costume was very intense. I think the potential DIY element you’re talking about was actually scarier to me than the more sophisticated or composed designs we might have played with. I found working with the costume to be very powerful. When you put on something like that, there’s a way to let it speak to you, and tell your body something. There’s a way to let it have a life of its own.” Is there a new poster for The Batman?

Here is the new poster teasing several of the main players, including Batman, The Riddler, Catwoman (Zoe Kravitz) and The Penguin (Colin Farrell).

When is The Batman released?

The Batman arrives in Cineworld cinemas in the UK and Ireland on 4th March. Do you think Paul Dano will successfully reinvent The Riddler? Let us know @Cineworld. 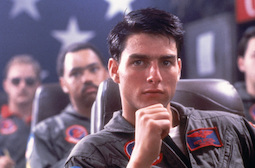 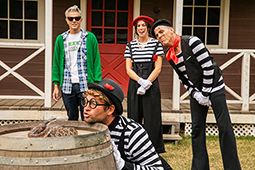