Tom Cruise spotted on top of a moving train for Mission: Impossible 7

Ever heard the one about Tom Cruise giving you a wave from the top of a moving train? Well, that's exactly what happened to some lucky Norwegians who found themselves in exactly the right place at the right time.

Flashing his famous grin, Cruise acknowledged the drivers as he set about performing another presumably dangerous stunt for Mission: Impossible 7. Production is firmly underway again following the initial coronavirus-related delay, with the film scheduled for a late-2021 release date.

If you are wondering where Christopher McQuarrie is... pic.twitter.com/BdMf2hgtOJ

The train stunt follows an earlier one where Cruise launched a bike off a cliff (again, in Norway) and parachuted to safety. Writer-director Christopher McQuarrie teased the train sequence on his Instagram page and lauded the Nordic authorities for their assistance with this mighty Hollywood production.

Norway’s scale and beauty have left an indelible and defining imprint on our film and reminded us that anything is possible. On behalf of everyone working on Mission: Impossible, our sincerest thanks to The Norwegian Film Incentive, The Norwegian Railway Museum, the infinitely patient Stranda and Rauma Municipalities, our endlessly enduring Norwegian crew, along with everyone who supported our filming here. And, of course... The Mountain. Most of all, we give thanks to the warm and welcoming people of Norway. Your kindness and consideration are nothing less than an inspiration. We’ll miss you dearly and look forward to seeing you again. Tusen hjertelig takk. Buckle up, Roma. Here we come... #MI7MI8

A post shared by Christopher McQuarrie (@christophermcquarrie) on Oct 4, 2020 at 3:15am PDT

McQuarrie was lauded for his committment to hair-raising stunt work in 2018's Fallout, which emerged as the most critically and financially successful entry in the series so far. Cruise's daredevil IMF agent Ethan Hunt is again at the centre of the seventh instalment, but the plot is currently under wraps.

Mission: Impossible 7 is scheduled for release on 19th November 2021. 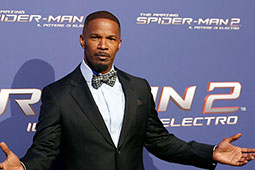