Here's some news to take your breath away. Top Gun sequel Top Gun: Maverick ditched CGI during its aerial sequences, putting star Tom Cruise and his fellow cast members in the cockpit of real fighter jets.

Of course, the 1986 original used footage of actual planes. But it's all the more impressive in this day and age, when visual effects are routinely used to paper over the technical challenges of doing something for real.

Here's a behind the scenes video of the crew members getting a bit close for comfort as a jet storms past overhead. Watch out for the wobble on the camera shield – that's something the team won't forget in a hurry.

At Cruise's insistence, the various members of the cast became acquainted with the experience of being in an actual jet. Remarkably, co-star Glen Powell learned how to fly one of them for real, obtaining a pilot's licence with Cruise footing the bill for his training. Now, that's commitment to a role.

Producer Jerry Bruckheimer, who was behind the 1986 original with the late Don Simpson, has outlined how Top Gun: Maverick has pushed the boundaries.

'Technology has advanced, so a lot of things we couldn't do before that we can do now, especially with the aerial footage," Bruckheimer tells Yahoo. "And Tom is an aviator, so he can fly anything we have in the movie, from helicopters to jets to prop planes."

Filmed in ultra-hi-def 6K by director Joseph Kosinski (who worked with Cruise on 2013 sci-fi movie Oblivion), Top Gun: Maverick certainly sports the technical chops. But can it match the charm of the original?

With a vibrant young cast that also includes Whiplash's Miles Teller, plus the returning presence of Kenny Loggins (who has re-recorded his air-thrashing 'Danger Zone'), there are plenty of reasons to be optimistic. And, for the nostalgics out there, Val Kilmer will be reprising his role as Iceman. 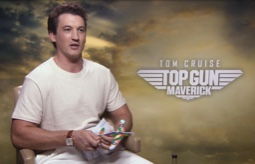 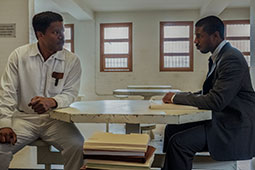 Just Mercy: in the words of Michael B. Jordan, Jamie Foxx and Bryan Stevenson