Top Gun: Maverick's Joseph Kosinski says movie is about "confronting the past"

Get ready to party like its 1986 all over again when Top Gun sequel Top Gun: Maverick soars onto the big screen.

Admittedly, many of you may not have been alive when the first movie was released (in fact, it pre-dates this writer's birth by one year). Nevertheless, it exerts such a reputation that most people will be familiar with certain sequences, if not necessarily the entire movie. From the infamous shirtless beach volleyball to the oft-quoted "I feel the need for speed" line, Top Gun is one of those movies implanted in the cerebral cortex of film fans the world over.

It was the testosterone-fuelled, American Navy-pandering, MTV-inflected blockbuster that propelled a grinning Tom Cruise to superstardom. And he reprises his role as pilot Pete 'Maverick' Mitchell in the sequel, only this time, he's the one training the recruits. And director Joseph Kosinski, who worked with Cruise on 2013's Oblivion, says that dealing with the past is a key theme of the new movie.

“In so many ways he’s still the guy that we remember from the first Top Gun,” Kosinski tells Empire. “He keeps that old Ninja under a tarp in the hangar and still wears those Ray-Ban aviators. He’s the best at what he does, and he’s given his whole life to aviation. But that has come as a personal cost, and Maverick has to confront some things from his past and reconcile with them. It’s a rite-of-passage story, much like the first film was. But this is a man now at a different stage of life.”

Much has been made of Top Gun: Maverick's practical filmmaking elements. Kosinski has been averse to using CGI, instead deploying real fighter jets, and Cruise persuaded his younger co-stars to saddle up and experience the flying for real. In fact, he guided one of the actors, Glen Powell, towards getting his pilot's licence – now that's commitment to a role.

One of the film's key links to the past is Miles Teller as Bradley – he's the son of Maverick's late wingman Goose (played in the original movie by Anthony Edwards). The cast also includes Jennifer Connelly, Lewis Pullman and Ed Harris. Val Kilmer is also set to reprise his role as Iceman from the original film.

Initially scheduled for a July 2020 release, Top Gun: Maverick is now set to land on 23rd December 2020. Let us know @Cineworld if you feel the need for speed. 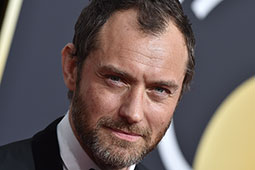