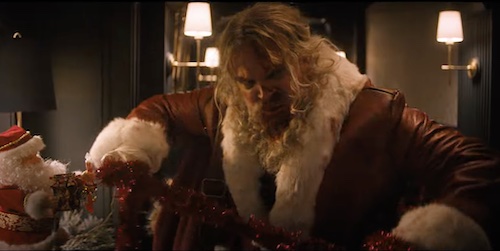 The naughty or nice list gets a deliciously gruesome twist in the first trailer for Violent Night. How can one possibly resist a Christmas movie starring David Harbour as a ruthless Santa eliminating all and sundry?

Frankly, we're there already for this irreverent and madcap-looking action comedy from the team behind Nobody (which turned Bob Odenkirk into an unlikely action hero) and Bullet Train.

The Stranger Things star plays a washed-up Saint Nick who is compelled to protect a young girl and her family from a squad of ruthless mercenaries. Harbour and director Tommy Wirkola (the filmmaker behind the cult Nazi zombie movie Dead Snow) are clearly having a blast tapping into all manner of festive-themed fatalities as Harbour's Santa Claus opens up the taps.

Whether it's Christmas lights embedded in the face (replete with an electrical coup de grace) or inventive use of sharpened candy canes, Violent Night proudly continues the tradition of anti-Christmas flicks that has already encompassed the likes of Gremlins, Silent Night, Deadly Night and the recent Krampus.

Cult favourite John Leguizamo co-stars as the leader of the baddies and you can feast on the trailer below. Violent Night is headed down the chimney on December 2. 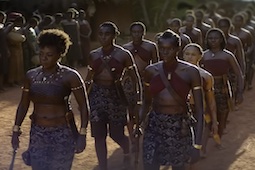 The Woman King: everything you need to know about the new Viola Davis movie