Avengers: Endgame finally reaches us on 25th April and the hype is reaching ear-splitting proportions.

The movie will bring down the curtain on phase three of the Marvel Cinematic Universe (MCU), anticipating the franchise's mysterious phase four stage. At the same time it establishes some possible new Avengers leaders, including Brie Larson's Carol Danvers/Captain Marvel, who can be seen in this new clip from the movie.

Their plan: to travel to a planet (judging from the schematic in the scene, we'd imagine it's Thanos's home of Titan) to retrieve the Infinity Stones and undo what's been done. The surging strains of Alan Silvestri's score allude to the epic battle to come – and even the morally upstanding Captain America drops a swear word. That's when we know it's getting serious...

Click here to book your tickets for Avengers: Endgame, opening in Cineworld on 25th April. 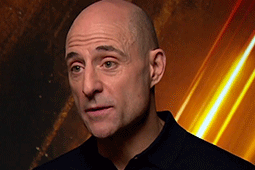