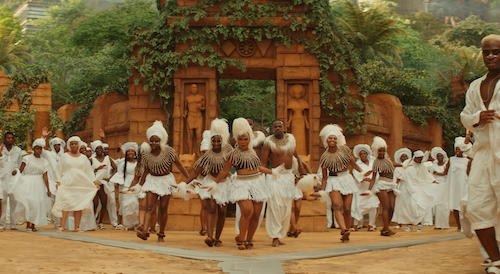 Marvel's Black Panther: Wakanda Forever scores a triumph in its tribute to the late Chadwick Boseman. Key to the movie's emotional impact is the accompanying score by Ludwig Goransson who made history with his original Black Panther score. Let's not forget that Goransson claimed the first ever Best Original Score Oscar for a comic book movie, no mean feat.

Goransson's eclectic blend of a symphony orchestra, sampled hip-hop beats and multi-diverse vocalists is on full display again during the events of Wakanda Forever. In fact, the new score has even more guest contributions from a raft of celebrated artists, some famous and others poised to break onto the A-list.

We've rounded up some of the most impactful soundtrack moments from Wakanda Forever for your listening pleasure.

Who teared up upon hearing the strained yet valedictory tones of T'Challa's noble theme? Goransson and the filmmakers hit us squarely in the feels by translating the former Black Panther's theme into a moving choral requiem as his coffin is lifted into the sky, evoking the feeling of Hans Zimmer's Oscar-winning score for The Lion King.

It's a tribute to a monumental character (and actor) and also a heartwrenching farewell, anticipating the narrative swerves to come as the Black Panther mantle is handed over to a new individual. The yearning vocal work from Black Panther veteran Baaba Maal (more on whom momentarily) and celebrated Senegal artist Massamba Diop helps take the track to the next level.

Goransson begins this music diegetically, meaning the origins of the music are located within the scene itself. The composer deploys a Mesoamerican-themed siren call for the emergent members of Talocan, which is then used to lure the members of an oil rig to their doom.

Initially beginning on an attractive, if vaguely eerie, pitch, the piece then attains a shrieking element of pure horror as the intentions of Namor (Tenoch Huerta) and his followers become clear. Credit also to soundtrack collaborators Vivir Quintana, a noted Mexican vocalist, and Mexican rapper Mare Advertencia Lirika.

Senegalese vocalist Baaba Maal made several haunting and piercing contributions to the original Black Panther soundtrack. He comes storming back in the sequence where Shuri (Letitia Wright) and Ramonda (Angela Bassett) return to Wakanda, his undulating and striking voice pitched up a semitone to give a more celebratory tone (and thereby helping to offset the movie's upsetting introduction).

Goransson then doubles down on the tribal percussion and has us anticipate Shuri's eventual transformation into Wakanda's new saviour.

Goransson brings out the big guns in the Wakanda Forever soundtrack. Clearly pulling from his pocketbook of A-list contacts (surely a by-product of his acclaimed work with Childish Gambino and others), the composer taps Rihanna to deliver the movie's title track, Lift Me Up.

In the movie, the song plays over the end credits. However, we get an allusion to it early on when Goransson adapts the melody into a stirring collaboration with Joselyn Coogler, director Ryan Coogler's mother.

One of Wakanda Forever's most striking moments comes during the introduction of Talocan. Kidnapped by Namor, Shuri is given an underwater tour of the extraordinary kingdom by her deceptively friendly captor, which plays out to the limpid, Spanish-language strains of electronic artist Foudeqush.

The song, Con La Brisa, has an appropriately hushed and reverential tone that meshes well with Shuri's awed impressions of Talocan. It's another sign of composer Goransson's ability to pull out unexpected textures and curveballs within the Marvel soundtrack framework.

The old gives way to the new during the pivotal reveal of Shuri in the Black Panther costume. Up to this point in the score, Goransson has deployed the original T'Challa theme judiciously, which is clearly necessitated by Chadwick Boseman's absence and a need to move into the future.

However, trace elements of his bold and forthright musical identity burst forth when Shuri gatecrashes the fugitive Wakandan council. It's the most triumphant moment in the soundtrack up to that point, while also subtly integrating a new, emotional theme for Shuri herself as the Black Panther legend finds a new incumbent.

Both the movie and its accompanying score are sensible enough to end things on a breathless and poignant note. Upon the reveal of T'Challa and Nakia's (Lupita Nyong'o) son, who bears his father's name, we get a strained yet moving echo of the original Black Panther theme.

It signifies how one musical identity has passed into history as another is poised to be taken up in a future Black Panther movie. Will we hear T'Challa's theme again in the Marvel Cinematic Universe? Watch this space.

What are your favourite moments from the Black Panther: Wakanda Forever soundtrack? Let us know @Cineworld. 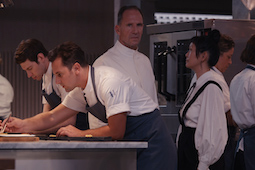