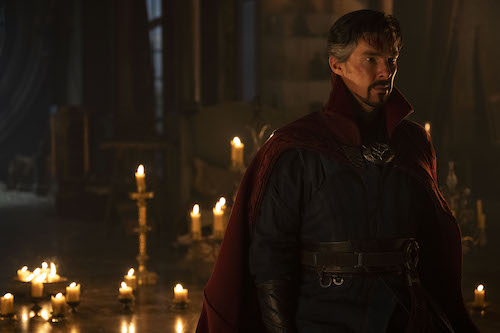 Has Stephen Strange conjured magic for his second solo movie, Doctor Strange in the Multiverse of Madness? The Marvel Studios fantasy epic is the latest chapter in Phase Four of the Marvel Cinematic Universe (MCU) and expands the time-space continuum like nothing we've seen before.

Director Sam Raimi returns to the comic book fold, collaborating with star Benedict Cumberbatch for a movie that expands on the multiverse potential of Spider-Man: No Way Home. The eponymous Strange must restore equilibrium to the rapidly unfolding multiverse, crossing paths with the tormented Wanda Maximoff (Elizabeth Olsen) along the way.

So, what is the critical verdict on the latest MCU movie? Is it a thing of wonderment or a crushing thud?

'Doctor Strange in the Multiverse of Madness' clearly bears the fingerprints of director Sam Raimi, who infuses the material with the same trippy, giddy spirit which has guided his best work," writes Tim Grierson for Screen International. "As a result, this might be the funkiest, most peculiar instalment of the MCU, mixing horror and knowingly schlocky B-movie pleasures alongside the usual amounts of spectacle and fan service."

"Give Sam Raimi a multiverse, and he will take a mile," observes Entertainment Weekly critic Leah Greenblatt. "The director's take on Doctor Strange (in theaters May 6) feels like many disparate and often deeply confusing things — comedy, camp horror, maternal drama, sustained fireball — but it is also not like any other Marvel movie that came before it.

"And 23 films into the franchise, that's a wildly refreshing thing, even as the story careens off in more directions than the Kaiju-sized octo-beast who storms into an early scene, bashing its tentacles through small people and tall buildings like an envoy from some nightmare aquarium."

"While the Marvel-ness of Madness will make your head spin, Raimi’s signature style, penchant for the macabre and sense of humor oddly ground the film," states USA Today's Brian Truitt. "Scenes that feel akin to his Tobey Maguire Spider-films of the early 2000s – and the zombies, demons, monsters and schlocky weirdness reminiscent of Evil Dead and Drag Me to Hell – almost seem nostalgic."

"Doctor Strange and the Multiverse of Madness is a ride, a head trip, a CGI horror jam, a what-is-reality Marvel brainteaser and, at moments, a bit of an ordeal," writes Variety journalist Owen Gleiberman. "It’s a somewhat engaging mess, but a mess all the same... In a number of scenes you feel the companionable spirit and shifting imagistic flair [Raimi] showed in the first two Spider-Man films.

"It’s amusing to see him feature the Illuminati as a kind of skewed-reality superhero team, or stage a duel fought with literal musical notes (a scene in which Danny Elfman’s 'Night on Bald Mountain'-meets-doom-rock score excels). [Elizabeth Olsen's] performance generates an operatic fire even as she’s styled like a barefoot mom soaked in Carrie White’s blood."

The Independent's Clarisse Loughrey bemoans: "It’s hard to find much joy in that level of world-building when Multiverse of Madness is dominated by two feverish, chaotic feelings: watching MCU head Kevin Feige try to lay the foundations for the next phase in his grand franchise plans, and simultaneously trying to tie up loose ends from what’s come before."

Ending on a positive note, here's the appraisal from Rolling Stone critic David Fear. "Multiverse of Madness is a good Marvel movie, yet it’s an absolutely great Sam Raimi movie — he’s gifted us with the Evil Dead II of superhero blockbusters and an auteurist’s wet dream. You still get the requisite, CGI-heavy battles and the somewhat shaky balance between this being something to be consumed in a single sitting and a bridge between past and future “phase” chapters, i.e. the curse of maintaining big-picture MCU continuity.

"But Raimi also employs a host of the old-school tricks he used when his hero had a chainsaw arm instead of the Eye of Agamotto and a sentient cape. You want dizzying zooms, tilting angles, nutty POV shots, holy-shit jump scares, skin-crawling scenes involving supernatural possessions, and every other spooky trick under the sun? They’re here, in spades, and used as effectively as possible."

Are you ready to head into unknown Marvel territory? Click here to book your tickets for Doctor Strange in the Multiverse of Madness, on release now in Cineworld cinemas nationwide. 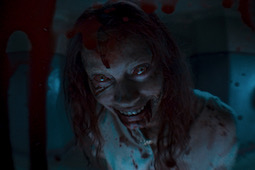