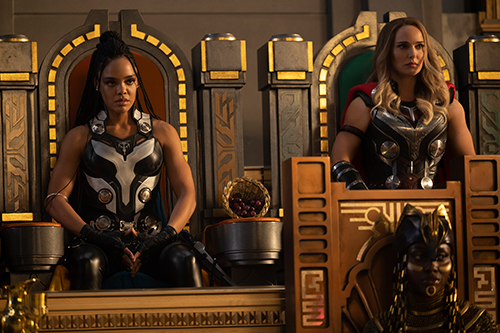 Marvel Studios' Thor: Love and Thunder is the latest entry in Phase Four of the Marvel Cinematic Universe (MCU). Just as significantly, it's the second Thor movie from the maestro of madness, Taika Waititi.

To explain why we're so excited to see Waititi back at the helm, we've put together a little reminder as to what made his previous MCU movie, Thor: Ragnarok, so good.

At the same time, we're anticipating how those deliciously quirky touches are once again poised to send the God of Thunder into new stratospheres of entertainment.

1. He compels the God of Thunder to loosen up – a lot

Right from the hilarious opening scene of Thor: Ragnarok, it was clear that Chris Hemsworth was limbering up for a different iteration of Thor. Instead of being defined by the blonde mane and muscles, Hemsworth, in conjunction with Waititi, sought to exploit the disparity between Thor's imposing frame and his impish, childlike sense of glee.

The end result was a treat, drawing on Hemsworth's comic chops hinted at in the 2016 Ghostbusters remake. (In a recent interview, Hemsworth explained that the movie had opened up new boundaries for him.)

Waititi is rarely a director to take things too seriously (even his World War II drama Jojo Rabbit has a satirical impetus), and one could sense how Hemsworth was liberated from the sub-Shakespearean stodge.

Thor: Love and Thunder is set to continue in the same vein. Hemsworth is set to have a blast with Thor's new career path as the character attempts to break free from godly duties, only to have his clothes flicked from him by a disdainful Zeus (Russell Crowe).

Thor: Ragnarok also mined great entertainment value from Thor's interactions with his fellow Asgardians and off-worlders. As before, Hemsworth is set to bounce off the likes of Tessa Thompson (Valkyrie), Korg (Waititi himself) and, most crucially, a returning Natalie Portman as Jane Foster, who makes her first substantial appearance since 2013's Thor: The Dark World.

2. He brings his singular Kiwi sensibility to the MCU

Waititi's affinity for offbeat humour was evinced in the early days of Eagle vs Shark (2008) and Boy (2010). He hit the big time with the joyous, straight-laced absurdism of the 2014 vampire mockumentary What We Do in the Shadows before 2016's Hunt for the Wilderpeople honed the approach into a fine art.

Waititi then won the Oscar for Best Adapted Screenplay for the aforementioned Jojo Rabbit. In terms of Thor: Ragnarok, Waititi's penchant for deadpan buffoonery (echoes of silent film master Buster Keaton) and verbal non-sequiturs somehow transfigured the world of Asgard into something more human. By making the characters more cartoonish, he also made them more human and more relatable.

Thor: Love and Thunder will again be defined by this singular filmmaker's sense of style. At the same time, Waititi has sought not to repeat himself. Even so, we imagine that those little, throwaway moments scattered between the awe-inspiring set-pieces are what's going to win us over, just like in the previous movie.

Hemsworth's Thor leaning into frame to lustily gaze into Star-Lord's (Chris Pratt) eyes is one such example of how Waititi is brilliant at locating unexpected comic beats within the parameters of a mega-budget comic book franchise.

3. He makes us feel nostalgic in all the right ways

If Kenneth Branagh's original Thor movie (2011) drew on his Shakespearean background, and Alan Taylor's Thor: The Dark World drew on the director's experiences on Game of Thrones, Waititi shook things up with Thor: Ragnarok.

Out went the air of self-important grandiosity. In came all manner of bright primary colours inflected with buzzing synth soundscapes and classic rock needle drops. It was evident that Waititi sought to honour the space serials of his youth like Flash Gordon, and in assimilating that movie's self-aware sense of camp fun, the director unlocked the lucrative potential of nostalgia.

Thor: Love and Thunder's first trailer intercuts the old and young Thor with Guns N Roses' 'Sweet Child of Mine', a statement of intent as to how this latest Thor entry is going to proceed. By aping the tone of1980s movies and rock ballads, Waititi evokes a period where art wasn't afraid to be outsized and brash.

The tone is that of a rock opera, albeit one knowingly and pleasingly spiked with its own sense of silliness. This is the magic formula that helped unlock the potential in both the Thor franchise and Hemsworth's performance.

4. He brings a welcome spirit of inclusivity

As a filmmaker, Waititi has always had an affinity for quirky, dispossessed loners and eccentrics. This was immediately evident in Thor: Ragnarok via the characterisation of the drunken Valkyrie, whom we first see staggering off her spaceship in a drunken haze.

Likewise, the movie was pleasingly accepting about oddball characters such as Jeff Goldblum's Grandmaster. In Waititi's world, everyone is pitched at differing degrees of madness, the actors clearly feeding off the director's energy and tendency towards improvisation.

In Thor: Love and Thunder, this philosophy is stepped up a notch. Significantly, the mantle of Thor is now handed over to Jane Foster herself, an egalitarian move that promises to level the disproportionate gender politics of comic book movies while, amusingly, setting Thor himself back on his heels.

Jane is now the Mighty Thor and wields Mjolnir, having filled the vacuum left behind by the departing Asgardian. Valkyrie, meanwhile, picks up the mantle of Asgardian leader, having assumed the role at the end of 2019's Avengers: Endgame.

That Waititi is so matter-of-fact and objective about these story elements, even in the midst of everything being comedically crazy, surely speaks volumes about his inclusive approach. He's even spoken about the desire to make Thor: Love and Thunder a love story, another indicator of how he continues to mess with the action-oriented parameters of this particular series.

Even the film's villain, Gorr the God Butcher (played by Christian Bale) is described by Waititi as "the most sympathetic Marvel villain yet." When your spirit of generosity extends to even the bad guys, then that's something to shout about.

5. He draws our attention to some overlooked yet brilliant Marvel stories

Fittingly enough, for a filmmaker who spins yarns around the marginalised and those on the fringes of society, Waititi has sought to adapt some lesser-known Marvel comic book arcs. Greg Pak's 2006 comic book arc Planet Hulk fuelled the narrative of Thor: Ragnarok, allowing Waititi to draw Mark Ruffalo's Hulk into the fold for the first time since 2015's Avengers: Age of Ultron.

Thor: Love and Thunder adapts elements of Jason Aaron's 'Mighty Thor' comics, which Waititi considers to be among the best of Marvel's recent run. In adapting Aaron's stories, Waititi used this as a springboard to explore the emasculated Thor, Jane Foster's treatment for cancer and other topics that will no doubt leaven the comedy with overtones of poignancy. (This is something Waititi has achieved brilliantly in the likes of Hunt for the Wilderpeople.)

Waititi sought to make a film as if "10-year-olds told us what should be in a movie and we said yes to every single thing." He also cited the mercurial nature of Thor's character and explained "how it's more exciting when he changes all the time."

One thing, however, is bound to remain a constant: this particular director's penchant for reconfiguring and re-authoring familiar characters and properties in the most enjoyably absurd ways imaginable.

Are you ready to take another ride with Thor? Then click here to book your tickets for Thor: Love and Thunder, opening in Cineworld cinemas on 7 July. 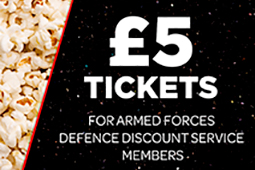