Home Cineworld Blog A Journal for Jordan: everything you need to know about the Denzel Washington movie 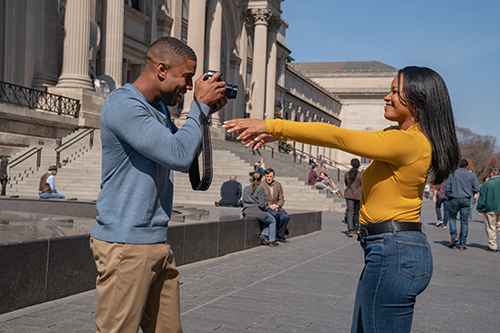 Upcoming drama A Journal for Jordan adapts a remarkable and moving true story about love beset by tragedy. With a skilled and experienced cast of creatives working on both sides of the camera, it's destined to appeal to romantics who may have been starved of great love stories in recent months. Scroll down to find out more about the movie.

1. It's based on a heartrending true story

A Journal for Jordan is adapted from the memoir of the Pulitzer Prize-winning journalist Dana Canedy. The memoir, titled A Journal for Jordan: A Story of Love and Honour, grew out of an essay Canedy had penned for The New York Times, in which she recounted the tragic death of her husband, United States Army First Sergeant Charles Monroe King. While stationed in Iraq, King had been maintaining a journal for his infant son; upon retrieving the journal, Canedy helped translate its universal story of love and loss into a bestselling book.

Canedy is portrayed in the movie by Chanté Adams (Monsters and Men; The Photograph). Canedy's story is adapted for the big screen by Virgil Williams, the Academy Award-nominated writer of the critically acclaimed drama Mudbound, which explored racial tensions and dynastic family feuds in the American Deep South.

2. It's directed by an iconic Oscar winner

That person would be Denzel Washington, one of the few stars of the modern age who can open a movie based on the strength of his name alone. First Oscar-nominated for his breakout role as activist Steve Biko in Richard Attenborough's Cry Freedom, Washington translated his next nomination, for the terrific American Civil War drama Glory, into his first Oscar win. That was in 1989; his second Oscar win came in 2001 for his atypically menacing and morally murky performance in cop thriller Training Day.

Washington's versatility as an actor is well documented as he's skipped between Shakespeare adaptations (Much Ado About Nothing; the newly released The Tragedy of Macbeth), action thrillers (Man on Fire) and multifaceted collaborations with Spike Lee. The most significant of his movies with Lee is certainly 1992's Malcolm X, the sweeping account of the controversial activist, which allowed Washington to deliver an incendiary, career-best performance.

However, Washington also has a noted career as a filmmaker. His directorial debut was the well-received Antwone Fisher in 2002, and Washington followed it up with The Great Debaters in 2007. His greatest directorial success came with the adaptation of August Wilson's landmark stage play Fences; Washington's praised adaptation won actor Viola Davis an Oscar. Washington has also turned his hand towards directing an episode of Grey's Anatomy.

Speaking about the themes of A Journal for Jordan, Washington tells USA Today: "Some people on this planet have what I call a concentrated dose of life. They're here for a short period of time, they burn brighter than most and then you look up and they're gone."

3. It features a charismatic young star

The tragic Charles Monroe King is portrayed by the always likeable Michael B. Jordan, who has enjoyed a meteoric rise to fame in a relatively short space of time. His first film role of note was in Ryan Coogler's powerful Fruitvale Station, the drama that revisited the horrific New Year's Eve shooting of California man Oscar Grant.

Jordan's grounded and plausible performance cemented his working partnership with Coogler. They later collaborated on the acclaimed continuation of the Rocky franchise, Creed, which allowed Jordan to strut his stuff in the ring and also sketch out an emotionally complex individual walking in the shadow of his father, Apollo Creed (Carl Weathers).

Jordan hit new heights of fame with his eye-catching performance as the villainous Erik Killmonger in the Marvel Studios movie Black Panther. The actor sketched a surprisingly sympathetic and complex depiction of a violent free agent who has been denied his birthright, lending morally complex notes to the standard Marvel formula.

For an actor who has delivered a series of critically and commercially successful roles, Jordan admits that he's had to wait before committing to a romantic role of magnitude. He tells USA Today that A Journal for Jordan offered him that opportunity: "When I was younger, I didn't think I was old enough. I didn't think I had enough life experience to really bring to a role like this. Charles was a grown man. Everything just kind of came to fruition where I'm at in my life right now personally (and) professionally."

4. It's the next Cineworld Unlimited screening

Cineworld Unlimited members get to watch A Journal for Jordan on Monday 17th January, in advance of its nationwide UK release date.

5. It goes on general release in the UK this January

Mark it down: A Journal for Jordan goes on wide release on 21st January. 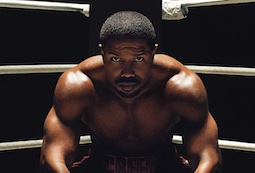 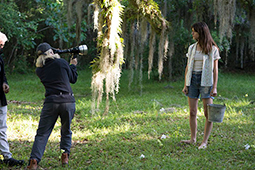