Everything you need to know about the Infinity Stones before #AvengersInfinityWar

The wait is almost over. Avengers: Infinity War arrives on 27th April, and with its Marvel predecessor Black Panther currently taking the box office by storm, the hype levels are through the roof.

Over the last 10 years and 18 movies, the Marvel Cinematic Universe (MCU) has been building to Infinity War. This is the moment where mysterious supervillain Thanos (Josh Brolin) invades Earth, which is bad news for our beleaguered Avengers. He needs to collect all six of the Infinity Stones, intergalactic artefacts that will grant him power over the entire universe.

Struggling to tell your Mind Stone from your Power Stone? Wondering where on Earth (or in space) the Soul Stone is? We've got the lowdown right here…

This is the first stone seen in the MCU, first appearing in Captain America: The First Avenger. Contained within a cube known as the Tesseract, this stone is capable of controlling space itself. However, most of Marvel's bad guys want to use it to create weapons, including Captain America's (Chris Evans) nemesis Red Skull (Hugo Weaving) who is operating on behalf of sinister organisation Hydra.

During the climax of The First Avenger, Captain America of course saves the day, but in the process, the Space Stone is lost at sea. It's eventually scooped up by Howard Stark (father of Robert Downey Jr.'s Tony Stark) before being left in the capable hands of S.H.I.E.L.D.

Having been kept safe for over 60 years, it fell into the wrong hands once again in Avengers Assemble, as Tom Hiddleston's Loki (assisted by Thanos, who gave him a mind-controlling sceptre – remember that bit!) managed to swipe the stone right from under the noses of the Avengers. Using it to open up a giant wormhole, Loki tried to destroy Earth with a Chitauri invasion. This was the first time our Avengers assembled, and they succeeded in thwarting Loki's plans and returned the stone to Asgard for safe keeping.

As last year's Thor: Ragnarok revealed, the Tesseract/Space Stone was still locked in Asgard's vault. However right at the end of the movie, we see Loki once again coming across the Tesseract, followed by a scene in which Thanos' ship appears. It seems Loki has the stone (as pictured below, the Infinity War trailer shows him wielding it), and presumably this will be the first of the six to fall into Thanos' hands. This can only end badly... right?

That mind-controlling sceptre we mentioned above? That hides the Mind Stone, and this was first seen in its true form in Avengers: Age of Ultron.

Rogue artificial intelligence Ultron (James Spader) plans to use the stone to create the 'synthezoid' Vision (Paul Bettany), but thankfully the Avengers are able to recruit him to fight for the good guys.

The yellow stone currently still resides in Vision's forehead after Thor (Chris Hemsworth) decided he was worthy of its power. That said, the Infinity War trailer shows it being removed – somewhat painfully – by Thanos' evil Black Order henchman Corvus Glaive (see below).

Prior to this, the Mind Stone was utilised to give 'the twins' – also known as Scarlet Witch (Elizabeth Olsen) and Quicksilver (Aaaron Taylor-Johnson) – their powers. Having possessed it previously, we can assume Thanos will be keen to reclaim his treasure.

This red gem first cropped up in Thor: The Dark World in a liquid form known as the Aether. With the power to bend the laws of reality and physics and convert physical properties into dark matter, the Aether/Reality Stone accidentally finds a host in Thor's then-girlfriend Jane (Natalie Portman).

Later, it is taken by the Dark Elf Malekith (Christopher Eccleston) for sinister purposes. After managing to defeat Malekith, Thor takes possession of the Reality Stone and entrusts two of his companions to deliver it to Benicio del Toro's character The Collector (later to be seen in Guardians of the Galaxy). We haven't seen this stone since, so presumably it is still with The Collector... but for how long?

This purple stone wastes no time in making its mark in Guardians of the Galaxy, as we see Star Lord (Chris Pratt) swooping in to steal it in the opening scene. Of course, its true power is unknown to him as it's hidden within an artefact known as 'The Orb'.

Star Lord decides to sell The Orb to The Collector (who we already know has the Aether). Acting on behalf of Thanos, baddie Ronan the Accuser (Lee Pace) tracks down the Power Stone and utilises it in his attempt to wreak havoc on the galaxy. With a dance-off distraction and the power of friendship, however, the Guardians are able to defeat him and reclaim the Power Stone, before leaving it with intergalactic defenders, the Nova Corps.

However, as we can see from the Infinity War trailer, Thanos has already reclaimed the Power Stone (it's spotted in his gauntlet), and with that and the Space Stone in his possession, he'll stop at nothing to find the others.

This stone first appears in Doctor Strange, in which Benedict Cumberbatch makes his debut as the title character. This green gem is initially glimpsed within a containment unit known as the Eye of Agamotto, an ancient artefact created by the first Sorcerer Supreme. This then finds its home in Nepal's Kamar-Taj, where Stephen (later to be Doctor) Strange travels to be trained in the Mystic Arts.

We see Doctor Strange using the powers of the Time Stone, which as the name would suggest has the ability to control, alter, accelerate and reverse time. Based on his appearance in Thor: Ragnarok, we know Doctor Strange still has the Time Stone in his possession (look carefully, and you can see it hanging around his neck)... at least for now.

Currently the only stone that remains a mystery in the MCU is the Soul Stone. Many had hoped to see it in Black Panther, but its origins and current location are unknown. Even director Ryan Coogler has confirmed it was never Black Panther's intention to reveal it.

Nevertheless, some still believe the vibranium meteorite on which the kingdom of Wakanda is built may contain the Soul Stone. Or perhaps the mysterious Heart-Shaped Herb which gives T'Challa (Chadwick Boseman) his power might also have something to do with this missing gem?

Other theories are that Adam Warlock (sort of seen in the Guardians Vol. 2 post-credits scenes) may have the Soul Stone, or that the Eternal Flame of Asgard may also house it. All signs seem to point to Wakanda, however, as the trailer hints that a big battle takes place there. Perhaps Thanos decides to attack the kingdom in order to find the Soul Stone?

Although not much is currently known about the gem, the recently released Avengers: Infinity War #2 prequel comic has hinted at the devastating power of the Soul Stone. As reported by Digital Spy, a conversation between Doctor Strange and his associate Wong suggests "it could prove the biggest threat of them all"...

Avengers: Infinity War arrives on 27th April. Where do you think the Soul Stone is located? Let us know @Cineworld.

Sarah Buddery is an Unlimited card holder who blogs for Cineworld as part of our news team. 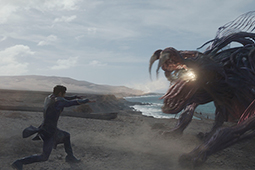 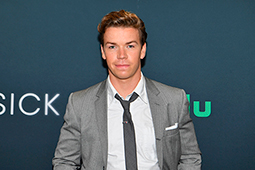 Will Poulter joins the Marvel Cinematic Universe in Guardians of the Galaxy Vol. 3 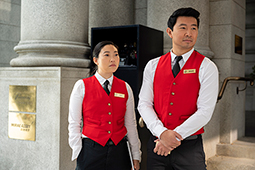 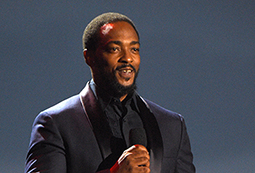 Win the gift of film this Mother's Day