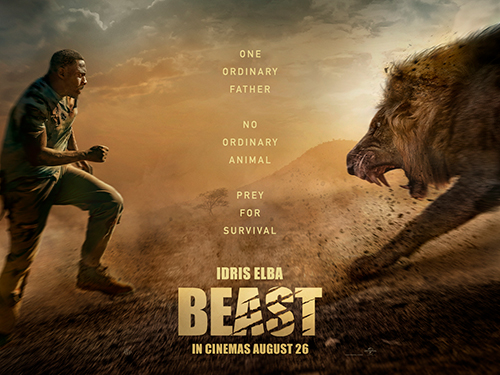 The Suicide Squad star plays a doctor on vacation with his daughters in the African savannah. However, their local guide (District 9 scene-stealer Sharlto Copley) is evidently disturbed by a spate of lion attacks on the local villagers, which appear to signify an air of malicious intent.

One broken down truck later and Elba's family man is forced to fend off the marauding beast. Forget The Lion King; this is more along the lines of the forgotten 1996 true story adaptation The Ghost and the Darkness, which dealt with man-eating lions attacking a 19th-century African bridge-building crew.

If you're brave enough, go behind the scenes in the following video and get a flavour of the movie's desperate battle for survival.

Looking for the mane event this summer? Beast goes on release at Cineworld on August 26th.