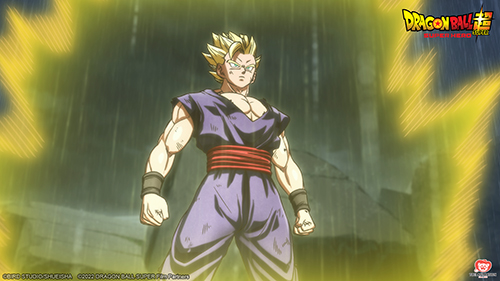 The movie, whose title is derived from the most recent Z TV series, is on release in Cineworld cinemas from August 19th. It promises to advance the series mythology in dynamic new ways.

"This movie really asks some questions about, what is a superhero? What defines a superhero, and how can superheroes sometimes be misguided?" Piccolo and Vegeta voice actor Chris Sabat told Entertainment Weekly. "There's a big theme about what it means when a superhero isn't necessarily given the right information."

Scroll down to discover the heroes and villains of the new Dragon Ball Z movie, which screens in Cineworld in both dubbed and subtitled versions.

Voiced in the English dub by Aleks Le and Zeno Robinson

Gammas 1 and 2 are the main villains of the piece, created by Dr Hedo and operating under the belief that they're superheroes fighting for the greater good. In fact, they serve the nefarious Red Ribbon Army. Voiced in the English dub by Kyle Hebert

The eldest son of Goku and Chichi, Gohan finds himself torn between his academic prowess and his half-Saiyan abilities. Soon, Gohan's strengths will be put to the ultimate test in the fight against the Red Ribbon Army. Voiced in the English dub by Zachary Aguilar

Dr Hedo is a brilliant but unstable scientist who creates the android fighters Gammas 1 and 2. Voiced in the English dub by Charles Martinet

Magenta is Dr. Hedo's maniacal overseer and the President of Red Pharmaceuticals. As the son of the Red Ribbon Army creator Commander Red, Magenta looks to continue his father's legacy. Voiced in the English dub by Christopher Sabat

Piccolo was once the enemy of Gohan's father, Goku, but now serves as a mentor to the former. He reunites with Gohan to help battle the resurrected Red Ribbon Army. Are you ready to go Super Saiyan in Cineworld? Then click here to book your tickets for Dragon Ball Super: Superheroes, opening in Cineworld on August 19th.