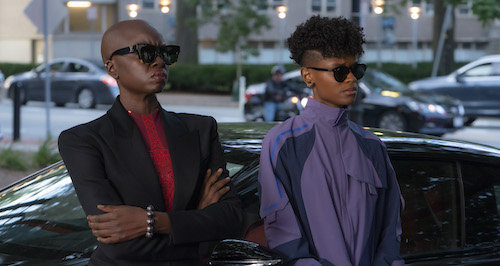 Marvel Studios' Black Panther: Wakanda Forever finally reaches Cineworld screens this week. As we bid farewell to Chadwick Boseman and Phase Four of the Marvel Cinematic Universe, we prepare to welcome an exciting new chapter in the ongoing superhero legacy.

That, of course, leaves us with a very important question. Who is destined to take on T'Challa's mantle and adopt the Black Panther suit? We've put together some suggestions on a sliding scale from most to least likely. Scroll down to discover who they are.

Will T'Challa's grieving sister and Wakanda's resident techie take over the suit? It's highly likely, and we're not just being influenced by the strategic poster placement.

As T'Challa's sibling, Shuri has everything to gain from becoming the new Black Panther. She can honour her brother's legacy while putting a brand new suit of her own creation to the test. (This may be where Shuri's new lab partner, Riri Williams, played by Dominique Thorne, comes into play.)

Not to mention, Letitia Wright's relatively young age means that, as an actor, she can grow into the Black Panther iconography over the course of the next several years. Will the new Black Panther movie tap into the possibilities of the multiverse a la Spider-Man and Doctor Strange? It's a 50/50 chance, we reckon, but if so, the re-emergence of Killmonger is highly likely.

Michael B. Jordan's surprisingly sympathetic Black Panther nemesis stole the show in the first movie. It was unusual to see a Marvel villain with so much dimension and a complex backstory, although that particular Killmonger was finished off during the climactic fistfight with T'Challa.

The possibilities of the multiverse could mean that a brand new Killmonger, not necessarily evil but more of a tormented anti-hero, could come to Earth and right the wrongs of his predecessor. Whether he then chooses to stay in the suit and carry the legacy into future MCU movies is more uncertain.

On a sliding scale of probability, it's less likely that Dora Milaje warrior Nakia (Lupita Nyong'o) will take over the suit. After all, she has her own battles to fight in the movie, and it would likely cheat the audience of an emotional payoff were Shuri denied the Black Panther role.

Still, never say never. Marvel could still throw out some curveballs in this area... Again sliding down the probability list, could Dora Milaje fighter Okoye (Danai Gurira) become our new Black Panther? We're thinking it's a long shot. Ultimately, the new incumbent of the suit will have to be someone with skin in the game, and we're betting it's someone of a familial, blood-relative nature (in other words, Shuri). At the bottom of our list is Dora Milaje member Ayo (Florence Kasumba), and it's unlikely that she will become the new Black Panther. That's because the movie may well be setting the character on her own arc.

As per the comics, Ayo forms a vigilante alliance with the criminally accused Aneka and the two start roaming the Wakandan landscape, helping the oppressed and persecuted. In Wakanda Forever, Aneka is played by Michaela Coel, so it's highly likely this arc will come to light. It will soon be time to discover for yourselves who is taking over T'Challa's role. Black Panther: Wakanda Forever is released at Cineworld on November 11. 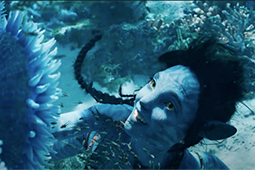 What's On At Cineworld: Avatar: The Way of Water trailer reaction