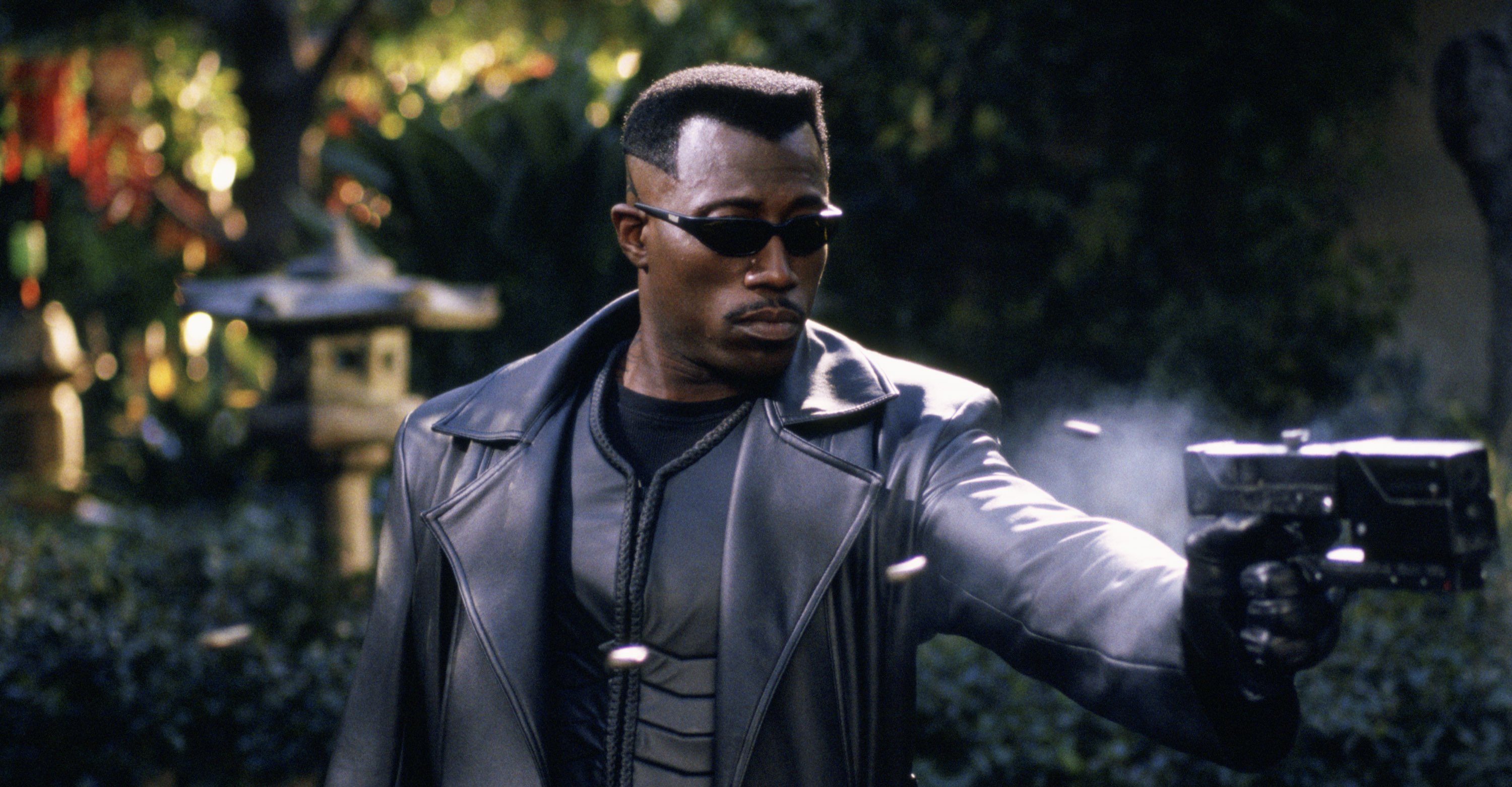 Before Iron Man, before Spider-Man, before the first X-Men movie, there was Blade. The stylishly gory Marvel comic book movie predated the Marvel Cinematic Universe (MCU) by a good decade, and showed the world what was possible in the wake of critically derided disasters such as Batman and Robin (1997).

The movie returns to Cineworld screens this Halloween in a gleaming new 4K restoration. Here’s a quick catch-up for Blade newbies and nostalgics.

What is the storyline of Blade?

Wesley Snipes defines cool in the role of Blade, the so-called ‘Daywalker’ who is ostensibly human but bearing genetic vampire traits. This is owing to the fact his mother was bitten by a vampire just before giving birth to him. Blade can walk in daylight and possesses superior strength and healing abilities, which he puts to good use when he is forced to battle the evil bloodsucker, Deacon Frost (Stephen Dorff).

Why is Blade significant as a comic book and a film?

Director Stephen Norrington adapts the Marvel comic book source by Marv Wolfman and Gene Colan. Along with Marvel’s own Black Panther, Blade broke down boundaries in terms of representing heroes of colour within the comic book canon.

Snipes’ stoicism mixes with his background in martial arts, giving rise to an enjoyably broody anti-hero who would power his way through two sequels. The original Blade movie wasn’t a notable critical or box office hit, but is the inception point for many subsequent superhero origin movies, including the likes of DC’s Batman Begins.

Are we getting a new Blade movie?

Yes, we are, but not featuring Wesley Snipes. Instead, Moonlight and Green Book Oscar-winner Mahershala Ali will be stepping into the role, preparing for his debut in the Marvel Cinematic Universe (MCU). Ali proposed the idea to Marvel's president Kevin Feige, and it was subsequently announced at San Diego Comic-Con 2019. We expect the Blade reboot to be a pivotal instalment within Marvel Phase Five. When is Blade 1998 re-released in Cineworld cinemas?