Home Cineworld Blog Bonfire Night: 6 firework scenes in movies that went off with a bang

Bonfire Night: 6 firework scenes in movies that went off with a bang

'Remember, remember the 5th of November...' So goes the famous rhyme signalling the arrival of Bonfire Night.

Admittedly, this year's edition of fireworks and revelry will be different from most that have come before. That's why we've decided to step in and celebrate with our Cineworld blog list of the best firework scenes in movies. Scroll down to discover our choices.

This maudlin Brad Pitt vehicle remakes 1934's Death Takes a Holiday, imagining what would happen if the Grim Reaper manifested in human form. Luckily for us the viewing audience, Death arrives in the hunky, frosted highlights-form of Pitt himself, a recently deceased accident victim who harbours a love of peanut butter. The eponymous Joe Black must guide ailing tycoon William Parrish (Anthony Hopkins) through the remaining few days of his life, while naturally falling in love with his daughter Susan (Claire Forlani).

It all culminates in a firework-laden finale at Parrish's birthday, the point at which he prepares to depart this world with Joe. To the sound of Thomas Newman's soaring score (arguably the best thing about the film), and the incadescent background of popping, fizzing colours, Hopkins' character finally learns to appreciate the sum total of his life.

Peter Jackson's staggeringly ambitious fantasy saga begins in the appreciably homely environment of Hobbiton. Unaware of the wider threat posed by the dark lord Sauron, all the local Hobbits have to worry about is the occasional intrusion of lifelike fireworks. This is what happens when the bumbling Merry (Dominic Monaghan) and Poppin (Billy Boyd) decide to escalate things to the next level, launching a rocket that takes the form of an enormous dragon. Fortunately, Gandalf (Ian McKellen) is on hand to teach them both a lesson.

Not just a visually stunning and amusing scene, it's also a clever way of calling back to earlier J.R.R. Tolkien mythology. Fleeing in confusion, the elder Bilbo Baggins (the late Ian Holm) states that there "hasn't been a dragon in these parts for a thousand years". And of course, he'd know all about that, having come into contact with the fearsome Smaug during the events of The Hobbit, later dramatised by Jackson.

This Alan Moore adaptation is probably the defining firework movie of its era, although we have to wait until the very end scene for everything to go off. Directed by James McTeigue, V for Vendetta imagines a bleak dystopian Britain in which the titular masked vigilante V (Hugo Weaving) attempts to bring the whole corrupt system down. He does so while donning in a Guy Fawkes mask, a pointed and provocative nod to that moment in 17th-century history where Parliament was so nearly razed to the ground by Fawkes and his accomplices.

That the movie ultimately embraces these revolutionary tendencies during the climax makes it a controversial and uncomfortable watch. Anarchist V ultimately triumphs by destroying that very symbol of alleged British democracy, Parliament exploding to the eruption of fireworks and Tchaikovsky's 1812 Overture. The destruction at the end of the movie is meant not as a moment of despair but inspiration for the film's various downtrodden characters – an ending that is sure to stick with the viewer.

This atmospheric and engrossing drama is set in a Louisiana environment known as 'The Bathtub', an impoverished and frequently flooded community that is shown to come alive through the power of one child's imagination. Quvenzhané Wallis is extraordinary in her debut performance as Hushpuppy, a little girl who possesses nothing but the boundless power of empathy and innocence.

These qualities help see her through some appalling living conditions and her drunken, beaten-down father. But Hushpuppy imagines that a reckoning is coming in the form of the titular Beasts, who unthaw themselves thousands of miles away and head straight for The Bathtub. Criss-crossing coming-of-age drama with a social realist slant and fairy tale qualities, it's a powerful movie from director Benh Zeitlin. And one supreme moment of joyousness comes as Hushpuppy charges amidst launching fireworks, embodying the spirit of the film.

F. Scott Fitzgerald's era-defining novel casts a long shadow not just over literature but the history of cinema. This tale of disillusionment in America's early 20th-century 'Jazz Age' has been adapted four times for the big screen. One of the most famous is the 1974 take with Robert Redford starring as the gregarious but enigmatic and troubled millionaire Jay Gatsby. In 2013, Moulin Rouge! director Baz Luhrmann brought his characteristic visual flair to Fitzgerald's story, drenching it in bucketloads of style and a deliberately incongruous soundtrack that crosses period staples with contemporary hits.

Luhrmann scores with the casting of Leonardo DiCaprio as Gatsby, an accomplished actor who can convey the complexities of this very singular character. His Gatsby is initially glimpsed in profile before we get our full-on, introductory, movie star close-up, complete with a firework-laden backdrop and a drink raised in a toast. It's become a meme-worthy moment in recent years and has also cemented DiCaprio's undeniable A-list charisma.

This infectiously entertaining rom-com is adapted from the book of the same name, making waves for its progressive and diverse all-Asian cast. Constance Wu is endearing as the woman engaged to the impossibly rich and handsome Henry Golding, but what will happen when she comes up against his imperious mother, Michelle Yeoh? Touching on topical themes of heritage and new money, the film is also stocked with scene-stealing appearances from the likes of Awkwafina and Ken Jeong.

Needless to say, the movie adopts a fairy tale, happily ever after ending, albeit with plenty of sobering lessons having been learned along the way. The movie is also a love letter to Singapore, as is evident from the gorgeous final shot as fireworks ring out across the Marina Bay Sands towers.

What are your favourite movie firework scenes? Let us know @Cineworld. 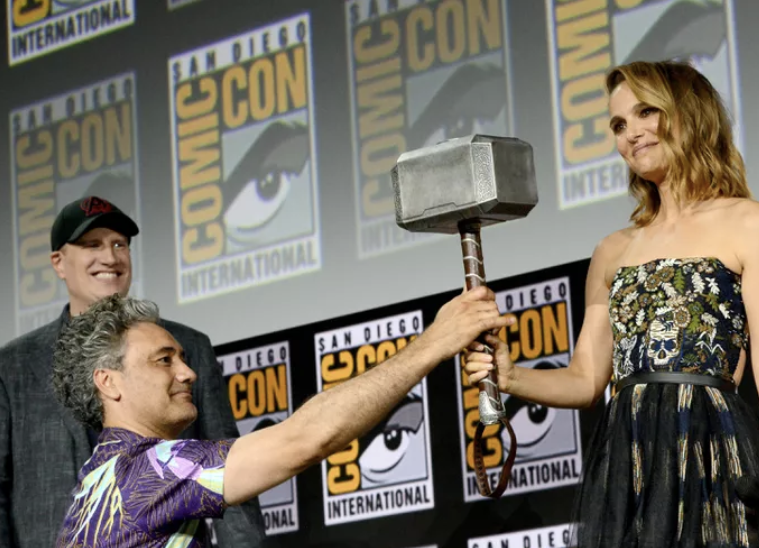