Bros is the charming and progressive new rom-com from the powerhouse duo of writer/actor Billy Eichner and producer Judd Apatow (Knocked Up; Bridesmaids). The movie melds an inclusive message with the age-old story of a devoted bachelor stumbling across Mr. Right – but can he make it work?

Eichner plays said bachelor Bobby, the neurotic curator of a brand new History of LGBTQ museum in New York. When he meets the buff Aaron (Luke Macfarlane) at a club night, the two immediately hit it off – but is Bobby ready to settle down and come to terms with his status as a gay man who's willing to get hitched?

Watch what happened when Eichner and Macfarlane decided to play along to a hilarious game of Mr and Mr in our Cineworld interview. Their chemistry is plain to see and it even gets a bit competitive...

We also caught up with the movie's director Nicholas Stoller who explains how it's taken five years to get Bros onto the big screen.

Enjoyed our interviews? Then don't miss the warmth and hilarity of Bros on the big screen at Cineworld. The movie is on release now so click here to book your tickets. 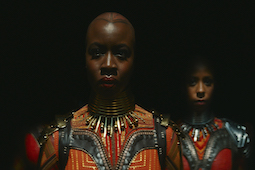