Not just a pioneering director in terms of storytelling, Christopher Nolan is also a staunch advocate of the IMAX format. The height, width and depth of IMAX is seen by the filmmaker as pivotal to realising his bold stories of distant galaxies, comic book heroes and war-torn conflict zones.

Nolan's new movie Tenet is currently poised for an August 2020 release, and has also been shot with IMAX cameras for added immersion. But before we get there, here's a recap of how Nolan has wrestled IMAX into the mainstream during the course of his movies, taking our breath away in the process.

Nolan's revisionist Batman thriller was the first feature-length movie to incorporate IMAX cameras during filming. It's an approach we take for granted now, not least in Nolan's own films. But The Dark Knight was a gamechanger, using width and depth to suggest a city teetering on the edge of absolute chaos.

Nolan nails his cards to the wall in the opening sequence, one of several that was shot with cumbersome and challenging IMAX cameras by cinematographer Wally Pfister. It forgoes any introductory credits – all we see is the fiery outline of the Batman logo set to Hans Zimmer and James Newton Howard's eerily buzzing score. (This is in fact the Joker's theme, but we haven't met him yet.)

Then, bam – we're into an aerial shot that appears to be honing in on a distant glass-fronted building. Immediately, we're getting a sense of the sprawling Metropolis of Gotham City. And when a single window is blown out by the Joker's crew, we also get a vivid sense of the city's vulnerabilities, not to mention those of its citizens.

The rest of the scene takes our breath away, from the zip-lining of the goons across to the bank, to the fluid sense of betrayal as the thugs take each other out at the Joker's command. In using IMAX, Nolan re-imagines Gotham not as the snow-flecked fairy tale universe of Tim Burton, but a far more recognisable landscape brimming with scarily plausible undercurrents of fear.

2. The revolving corridor fight from Inception (2010)

If The Dark Knight was conceptually ambitious, then Inception was even more so. Nolan had carte blanche from Warner Bros to imagine a complex yet engrossing deep dive into the recesses of the mind, an original blockbuster property that champions a viewer's intelligence.

Although Inception was not shot using IMAX cameras (anamorphic widescreen 35mm, with occasional 65mm, stood in), the movie was later exhibited in the format to packed houses around the world. The depth of field and aspect ratio takes on an appropriately cavernous and sweeping air, even in the routine dialogue scenes.

Throughout, we get a sense of worlds that have been designed and peopled right down to the last detail by the film's expert mind heist crew. And these are worlds that can shift and defy physics on a dime, including the famous Parisian street sequence, where Ariadne (Ellen Page) folds part of the city on top of the other.

The IMAX theatrical experience took on new resonance and immersion, particularly during the corridor fight sequence. As Joseph Gordon Levitt's Arthur battles a subconscious enemy rendered as a human being, the stretch of the tunnel, combined with the revolution of obstacles in the foreground, creates a decidedly unique and exciting action scene.

Characteristically, Nolan chose not to use CGI in the scene, but a practical set that Levitt was forced to carefully manouevre. Little wonder the set-piece took three weeks to complete with the input of 500 crew members.

The Dark Knight Rises made far more extensive use of IMAX photography than its predecessor. Whereas The Dark Knight totalled 30 minutes of such footage, Rises clocked up an hour of IMAX-lensed mayhem, in the process proving another gamechanger for Hollywood. It was a sign of how Nolan and cinematographer Wally Pfister (here making his last movie with the director) were growing increasingly confident with the format.

Everything escalates in the final chapter of Nolan's Dark Knight trilogy, as Christian Bale's Batman confronts Tom Hardy's Bane. The latter eventually seals Gotham City off from the wider world, and he's also smuggled in a bomb, with the identity of the triggerman unknown. When Batman finally returns in the midst of a street battle between Gotham's citizens and Bane's goons, it's nothing less than a fight for the soul of the city.

The aesthetic qualities of IMAX are therefore well-matched with the emotional impetus of the scene. We get a sense of height and scale as Batman and Bane fight hand to hand in the midst of the buildings, while the depth of field vividly conveys the violence occurring en masse in the background of the frame.

As has been proven throughout the history of cinema, space offers plentiful opportunities for imaginative filmmakers. Nolan riffs on the likes of Stanley Kubrick's 2001: A Space Odyssey in Interstellar, a story about a journey towards a new planet suitable for human habitation. At the same time, mankind's potential saviour Cooper (Matthew McConaughey) must reckon with leaving his young daughter behind on Earth, an emotional pull that takes several mind-melting avenues come the end of the film.

Interstellar famously involved astrophysicist Kip Thorne to design the most accurate wormhole ever seen on the big screen. There are few things better suited for IMAX presentation – with the canvas of space eerily empty and free from visual distraction, we can better focus our attention on the enormity of the wormhole that will continue Cooper's journey.

For the first time, Nolan teamed with cinematographer Hoyte van Hoytema, and the latter devised a revolutionary way of making the notoriously cumbersome IMAX cameras easier to manage. He told Den of Geek: "I just had this dream: what if I can shoot on this format but actually do things that are so much more intimate and so much more flexible, like you would do with smaller film cameras?

"So I was just very determined to get the bloody thing on my shoulder. We re-engineered the camera a little. We took some stuff off, you know. We made it a little bit more ergonomical and then at some point we just found ways to put it on the shoulder with some support. That’s how I ended up shooting most of the IMAX stuff handheld."

IMAX was put in the service of a fact-based World War II thriller in the nerve-jangling Dunkirk. Nolan dramatises Operation Dynamo, the desperate attempt to evacuate Allied troops from France back to England in 1940. Although the movie has a historical basis, with its booming onslaught of sound, it comes closer to a horror movie, in which the divide between life and death shrinks hour by hour.

One of the most terrifying moments is one of the most memorable captured by IMAX cameras. Once again working with Hoyte van Hoytema, Nolan frames imperilled soldier Tommy (Fionn Whitehead) laying down in the foreground, as an onslaught of bombs dropped from the airborne Stukas advances implacably forward towards his prone position. Fortunately, Tommy survives, but the IMAX immersion leaves us feeling like we've lived the experience along with the character.

Dunkirk was yet another leap forward for Nolan and IMAX, with an estimated 70% of the movie shot in the 70mm format. "The immersive quality of the image is second to none," Nolan said at the time of the film's release. "We really try and create the sensation of virtual reality without the goggles."

So what IMAX treats will Tenet deliver?

Nolan is using a combination of IMAX and 70mm ultra-widescreen to capture Tenet, which may well inform the movie's sense of scale without us having seen it. We already know the movie has been shot in a host of international locations, from England to Mumbai, on a hefty budget that exceeds $200 million. Nolan has described it as his most ambitious project so far, and it stands to reason that the IMAX capture, like the jump from Interstellar to Dunkirk, will take a huge leap forward.

Could the amount of IMAX footage exceed Dunkirk's 70%? It remains to be seen. Certainly, the movie promises plenty of arresting moments as John David Washington's globe-trotting operative is pulled into a top-secret mission that may, or may not, involve time travel and World War III. Robert Pattinson, Kenneth Branagh and Michael Caine are among the ensemble, and it's hoped that Tenet will make its 26th August release date, conditional on the global coronavirus situation. 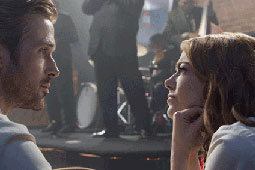