Home Cineworld Blog Death on the Nile: your whodunit guide to the new Agatha Christie movie 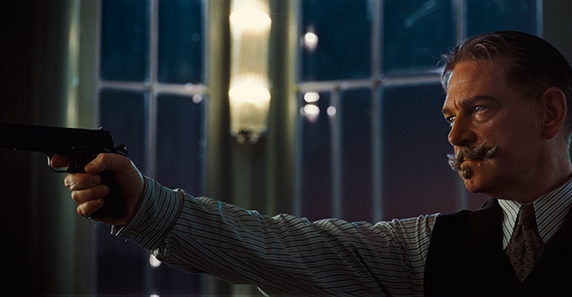 Murder is the name of the game in the gripping new Agatha Christie adaptation Death on the Nile. Returning director Kenneth Branagh returns to the Queen of Crime following his successful adaptation of Murder on the Orient Express, once again revelling in a twisty and unpredictable story that's full of hairpin turns.

As before, Branagh dons the moustache to portray the brilliant Belgian detective Hercule Poirot, the fastidious investigator who never met a case he couldn't solve. However, his latest is a real humdinger. While vacationing in Egypt, Poirot is rudely interrupted by the mysterious death of newly-married heiress Linnet Ridgeway-Doyle (Wonder Woman's Gal Gadot).

The glamorous Linnet has been shot dead in her cabin aboard the same luxury paddle steamer on which Poirot is travelling. It soon becomes clear that the murderer is hiding in plain sight amidst the boat's passengers – and could be poised to strike again.

So, who is the culprit? Obviously, we're not going to tell you (and those who've read the book need to keep schtum). Instead, we're going to stoke your curiosity with our line-up of the whodunit suspects that feature in the story.

Tom Bateman returns from Murder on the Orient Express as Poirot's associate Bouc, and he's joined by his fussy, overbearing mother Euphemia, played by the esteemed Oscar nominee Annette Bening (American Beauty). Even if the former's credentials are clear, can we necessarily trust the character of his mother? Russell Brand dials down his outspoken eccentricities to portray Doctor Windlesham, a man clearly still carrying the candle for his ex-lover Linnet. Does this mean he has the capability of erupting in violent, potentially murderous, rage?

Andrew (played by Victoria & Abdul's Ali Fazal) is Linnet's cousin and also her lawyer, so does he stand to gain from her death? British comedy legends Dawn French and Jennifer Saunders are reunited on the big screen. They add humorous value as the aristocratic Marie Van Schuyler and her nurse Mrs. Bowers – but is there more to them than meets the eye? The dashing Simon Doyle (Call Me By Your Name's Armie Hammer) is newly betrothed to Linnet, and clearly smitten. When she is found dead, suspicion naturally falls on him – so is he the innocent victim, or the guilty party? The impulsive and jealous Jacqueline (Sex Education's Emma Mackey) was once a friend of Linnet, but seethes with resentment now that her ex-lover Simon has taken up with the glamorous heiress. Is there a possible murderous motive contained within? Sophisticated jazz pianist Salome (Hotel Rwanda's Sophie Okenedo) is the aunt of Rosalie Otterbourne, but maybe her ability to tinkle on the ivories masks more than a few discordant notes in her personality? Salome's niece, Rosalie (Black Panther's Letitia Wright) acts as her aunt's business manager and companion. She also knew Linnet in school, so maybe there a more than a few skeletons to be unearthed. Does Linnet's maid Louise (Game of Thrones' Rose Leslie) harbour ill will towards her employer? Who do you think killed Linnet? Click here to book your tickets for Death on the Nile and find out for yourselves. The movie is released in Cineworld cinemas on 11th February. 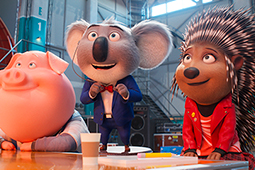