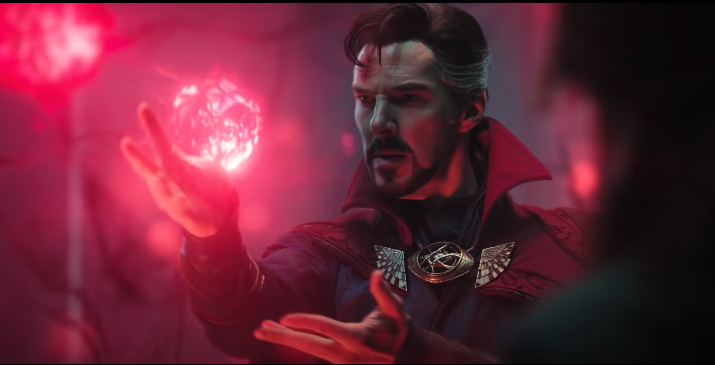 The multiverse is alive, and boy is it profitable if the box office proceeds for Doctor Strange in the Multiverse of Madness are anything to go by.

The Doctor Strange sequel sets the stage for Phase Four of the Marvel Cinematic Universe. Not only does the film expand the visual and dramatic parameters of the franchise, but it also drops a host of memorable cameos that, of course, we're not going to spoil here. Suffice it to say, some all-important puzzle pieces are starting to lock into place.

Audiences were clearly keen to devour anything and everything the multiverse has to offer. Box Office Mojo reports that Doctor Strange in the Multiverse of Madness has posted the biggest box office opening weekend of the year so far, surpassing even The Batman.

Breaking it down, Multiverse of Madness grossed $185 million domestically during its first three days of release. Its international tally was $265 million, making for a magisterial $450 million total. That's bound to pay the rent for the Sanctum Santorum for some time to come. In fact, it's the second-highest-grossing film to be released in the USA since the COVID-19 pandemic began, reports Box Office Mojo.

To put it into context, the original Doctor Strange, released in 2016 and directed by Scott Derrickson, grossed $677 during the entirety of its theatrical run. With Multiverse of Madness more than two-thirds of the way towards that amount, we may as well start to place it among the upper echelons of Marvel box office hits.

It may help to further examine the highest-grossing Marvel Cinematic Universe movies to date. The daddy is still Avengers: Endgame with a total of $2.79 billion. That's followed by Avengers: Infinity War ($2.048 billion) and the recent Spider-Man: No Way Home, which grossed $1.89 billion.

Where Multiverse of Madness will finally place on that list remains to be seen. Nevertheless, it's a triumphant return to form for director Raimi whose last comic book movie, the critically disparaged Spider-Man 3, grossed a massive $890 million. It's pretty evident that Multiverse of Madness will surpass that – the question is, how far will it go?

Whether you've seen it once, twice or multiple times, or have yet to make the trip, click here to book your tickets for Doctor Strange in the Multiverse of Madness. Keep your eyes peeled to the blog for our all-important credits scene breakdown and an examination of the questions that the movie leaves us with.