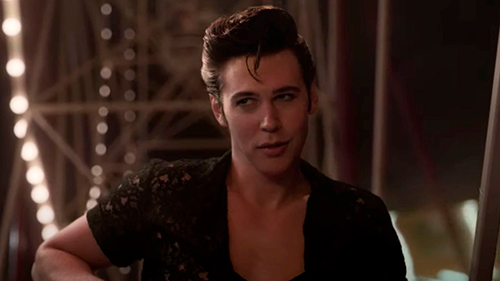 The King of Rock and Roll, Elvis Presley is treated to his epic biopic this summer. Elvis is the new movie from Moulin Rouge! director Baz Luhrmann, so on that basis, we can expect a visually extravagant, hip-swinging ode to The King himself.

Luhrmann's ambitiously mounted movie traces the ill-fated icon Presley from his music-loving childhood to his chart-straddling, groundbreaking successes and his eventual disillusion with manager Colonel Tom Parker. The latter is played by Tom Hanks on atypically nefarious form, appropriate given the controversial level of control Parker exerted over Presley's career. We don't get to see Hanks in many 'bad guy' roles, and one can practically see the greedy glint in Parker's eye as he alights on Presley as a success story in the making.

As for Presley himself, he's portrayed by Once Upon a Time in Hollywood's Austin Butler. However, there will be no hippie madness here. Instead, Butler has assimilated the distinctive drawl and pelvis-shaking action that we expect, and to say he looks the part, at least on the basis of the trailer, is an understatement. The movie also takes time to explore Presley's relationship with his eventual wife, Priscilla (played by The Visit's Olivia DeJonge).

Given Luhrmann's love of the flamboyant (he also helmed Romeo & Juliet and The Great Gatsby), we can expect a stirring summation of Presley's extraordinary career. Of course, given where the story goes, it will also be underlined with a distinct air of sadness. Not that we'll be focusing on that when Butler takes to the stage and brings The King to life.

So, let's engage in a little less conversation, and a little more action. Here's the trailer for Elvis, which arrives in Cineworld on 24th June. Tweet us your reactions to the trailer @Cineworld.