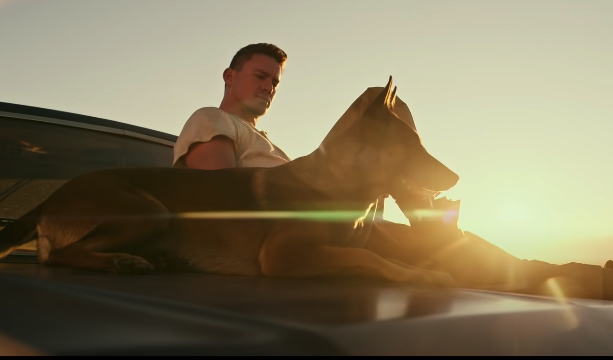 New movie Dog is a heartfelt and inspiring salute to that most enduring of friendships: the one shared between man and dog. Channing Tatum stars in this story of an Army Ranger who embarks on a life-changing journey down the scenic Pacific Coast Highway with his new best friend.

To celebrate the release of the film in Cineworld, we thought we'd round up the 11 greatest dog movies of all time.

Dog movies don't come more famous, or more inspiring, than this sweeping adventure, adapted from author Eric Knight's novel of the same name. Endearing rough collie Lassie shows remarkable tenacity as she escapes her kennels and endeavours to return to beloved owner Joe Carraclough, encountering a host of dangerous obstacles along the way. The groundwork for every Hollywood dog adventure was laid here.

It was recently remade for Netflix, but you can beat the beauty and tail-wagging charm of the original Disney animation. In a kind of Romeo and Juliet for canines, a pampered Cocker Spaniel forms an unlikely bond with a street mutt, cemented over a shared love of spaghetti, in one of Disney's most famous scenes. The movie's blend of adorable dog characters and sweet sentimentality propelled it to box office success and classic status.

Phoebe from Friends couldn't hack her first viewing of this classic weepie, and it still has the capacity to destroy our emotions now. This live-action Disney drama is a powerful story (adapted from Fred Gipson's novel) about a boy and his loyal mutt picking through existence in post-Civil War Texas. Tissues are always needed during the climax, and in 2019, the film was selected for preservation in the United States National Film Registry by the Library of Congress as being "culturally, historically, or aesthetically significant".

One of Disney's most celebrated family treasures centres on a loveable family of dalmatians, and the fiendish fashionista who wants to turn them all into fur coats. Adapted from Dodie Smith's story, One Hundred and One Dalmatians unleashes parents Pongo and Perdie, plus their irresistibly cute offspring, as they turn the tables on the brilliantly diabolical Cruella De Vil, one of the best Disney villains of them all. Glenn Close stepped into the Cruella role in the 1996 live-action remake, and next year Oscar winner Emma Stone will be bringing us the origins of the character in Cruella.

In 1989, we were graced with not one but two dog movies. Jim Belushi was paired with an Alsatian in K9, but we've opted for the somewhat more cuddly Dogue de Bordeaux that features in Turner & Hooch. This slobbery sidekick almost steals the show from star Tom Hanks, who plays the cop reluctantly forced to adopt the death after the death of his owner. The movie's blend of farcical comedy (rarely has Hanks shouting "shut up" been so funny) and evolving friendship makes it a firm favourite for dog lovers.

What to do when presented with a live-action animal movie where you want the characters to talk? These days, applying CGI to their mouths would likely do the trick; back in the early nineties, however, this wasn't an option. Homeward Bound, therefore, uses the voices of three famous actors – Michael J. Fox and Don Ameche as dogs, Sally Field as a cat – to give an inner voice to the loveable assortment. These guys must band together and embark on a cross-country journey when separated from their owners; that scene where Ameche's Shadow returns at the end still gets us.

The St. Bernard dog breed shot up in popularity following the release of this hit comedy. The titular Beethoven is a big, slobbery ball of energy, adopted by an ordinary suburban family, and named so after he responds to a piano recital. Actor Charles Grodin plays the highly-strung dad who is initially resistant to Beethoven's arrival, but his heart (and indeed all our hearts) are melted by the end. There's also a sly cameo from Disney veteran Dean Jones (The Love Bug; The Shaggy Dog) as an evil vet who attempts to frame Beethoven as dangerous. Now that's crossing a line.

Cowardly Great Dane Scooby-Doo and his pals leaped from cartoons to the big screen in this madcap family adventure. Scoob himself is brought to life via CGI (voiced by Neil Fanning) whereas the rest of the gang comprises flesh and blood actors Sarah Michelle Gellar, Matthew Lillard, Linda Cardellini and Freddie Prinze Jr. So successful was the movie (scripted, oddly enough, by future Guardians of the Galaxy filmmaker James Gunn) that it spawned its own movie franchise.

There's always a chance you'll need the tissues ready when watching a dog movie. And that's certainly true of this heartwarming tale, which recounts the true story of the Grogan family and their anarchic life with the destructive Labrador known as Marley. The naughty puppy, who has a penchant for destroying furniture and pooping everywhere, eventually grows into a beloved companion. And this only makes the heart-wrenching final scene, in which Owen Wilson's John Grogan has to say goodbye, all the more difficult to watch.

It's a veritable onslaught of animals in this blockbusting animation from the makers of Despicable Me. Cats, birds, hamsters and rabbits all feature, but the story is centrally anchored on loyal Jack Russell Max (voiced by Louis C.K. in the first film; Patton Oswalt in the 2019 sequel). The film explores the chalk and cheese friendship between Max and hairy bundle Duke (Eric Stonestreet), the newest addition to Max's owner's home, and what happens when they get lost in the big city.

This sweeping adventure, a mixture of live-action and CGI performance capture, is adapted from Jack London's sweeping wilderness story, and stars Harrison Ford as sled dog rider John Thornton. In the wilds of Alaska, the grizzled Thornton forms a bond with Buck, a domesticated canine who has been kidnapped and sold into a terrifying, action-packed new life. The two become firm friends as they bond through a series of hair-raising adventures, involving avalanches, trips across frozen lakes and lots more.

Click here to book your tickets for Dog, on release in Cineworld from 18th February. Don't forget to tweet us your favourite dog movies @Cineworld.

Batman: the evolution of the character from Adam West to Robert Pattinson