Fast & Furious: ranking the 9 most spectacular franchise moments so far

It's hard to believe that we're now approaching the ninth installment of the Fast & Furious franchise. With each film being bigger, better, faster and more furious than the last, we cannot wait to see what Fast and Furious 9 will have in store, and how it can possibly top all the amazing moments of the series so far.

In celebration and anticipation of the Furious family's return to the big screen, we're ranking the nine most spectacular moments so far that'll really rev you up for the next adventure…

Knowingly referencing The Dukes of Hazzard, this spectacular stunt sees FBI agent turned street racer Brian (Paul Walker) and Roman (Tyrese Gibson) begin their pursuit of the bad guys on land, but there’s just one problem... the villains are making a hasty exit on a boat.

Speeding towards either success or a very soggy end, Brian successfully launches the car across the water and onto the back of the boat. This spectacular moment from the second film (directed by Boyz n the Hood's John Singleton) anticipated the escalating craziness of the later movies.

On paper, this showdown is truly something dreams are made of, and on-screen, the hotly anticipated fight between two action movie heavyweights certainly did not disappoint.

While most of the memorable moments from the Fast series happen behind the wheel, this scene happens off-road, but seeing these two titans go toe-to-toe remains one of the best and most crowd-pleasing moments yet. It perfectly sets up the long-standing bromantic rivalry between expert Diesel’s carjacker Dom Toretto and Johnson’s imposing government agent Luke Hobbs.

When the series made its debut as a street racing movie, the stunts were a little tamer, but there’s still no shortage of edge-of-the-seat action scenes. Few are as nerve-wracking as this final showdown between Brian and Dom, their intense rivalry coming to a head when they meet for one final race.

There’s a twist, however: in the distance is a speeding train, and its path cuts right across their quarter-mile drag race. This scene features one of the nearest of near misses and is still thrilling to watch.

Multi-vehicle car chases are what this series does best, and in the eighth entry, this was taken to a new level with the chase taking place on the ice. Featuring snowmobiles, cars, tanks, and even Dwayne Johnson tackling a torpedo launched from a submarine, the setting may be chilly but the action is hot.

As well as being full of spectacular stunts and action, this scene, like so many others in the series, is also a terrific achievement in filmmaking, and the super slow-motion helps to heighten the excitement.

Not necessarily known for their realism, the Fast films instead continue to deliver stratospheric and spectacular stunts, and this moment from Furious 7 takes things to even greater heights. You may think a car in a skyscraper would have nowhere to go, but when you need to make a speedy getaway, you’ll do whatever it takes. It really has to be seen to be believed.

People can drive, and people can skydive – these things we know. However, Furious 7 (directed with brio by Saw and Insidious filmmaker James Wan) poses the question, can people skydive whilst in cars?

Of course, for the Furious family, absolutely anything is possible, and this incredible scene remains one of the most impressive action set-pieces in the franchise. Like so many of the best moments, it is as much about the banter and interaction between the characters as it is the action itself.

The sixth installment of the Fast franchise, directed by series veteran Justin Lin, certainly upped the ante when it came to high-stakes action sequences.

In this scene alone, it is hard to pick a favourite moment. Roman’s leap onto the roof of Brian’s car is just a taster for the main event, as the scene culminates in a truly gravity-defying leap of faith as Dom leaps from his own car to catch his girlfriend Letty (Michelle Rodriguez) in mid-air. These films certainly push the boundaries of what is possible, but we wouldn’t have them any other way.

Still one of the most popular Fast & Furious moments, this scene may defy all logic, but it still makes for a spectacular watch. Someone with far too much time on their hands worked out the runway would’ve been around 26 miles long if this scene played out for real, but we’re willing to let that small detail slide.

The high point of the scene comes just as you think Dom is about to meet his fiery end when suddenly he emerges in his car from the nose of the plane itself. These films constantly try to outdo themselves when it comes to stunts, but this one is hard to beat. Saying that, however...

The fifth film in the franchise was certainly the turning point, transforming it from a street racing fender-bender into the equivalent of a heist movie on wheels. This film also saw the introduction of the aforementioned Dwayne Johnson as Hobbs, who became a staple of the canonical movies, and also led his own 2019 spin-off, Hobbs and Shaw, co-starring Jason Statham.

In this scene, Hobbs and the rest of the gang work together against the film's baddies, having initially been established as adversaries, dragging a bank vault through the crowded streets of Rio De Janeiro. Well, if you can’t break into the safe, you just break the safe out. Destructive, thrilling, and completely bonkers, this is the Fast & Furious we know and love, and we cannot wait to see what they do next.

Fast & Furious 9 tears into Cineworld screens in April 2021, so tweet us your favourite franchise moments @Cineworld.

Sarah Buddery is a writer who blogs for Cineworld as part of our news team. Follow her on Twitter. 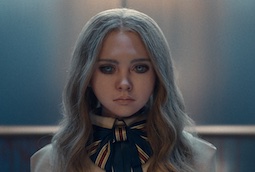 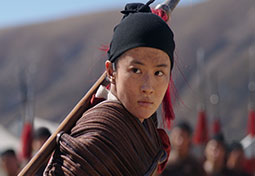 Mulan: check out the new ScreenX and 4DX posters