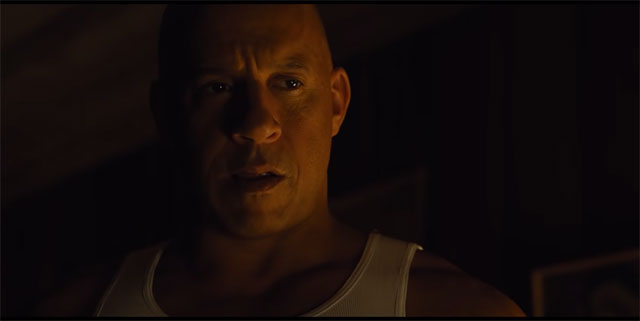 As we know, the Fast & Furious franchise isn't really about turbo-charged cars performing ridiculous stunts (although it kind of, mostly, is). We're now used to Vin Diesel's beefy Toretto growling his way through dialogue pertaining to family, and this new trailer puts it front and centre. In the early days of the franchise, it was more about brotherhood, cemented via street-racing; over time, this has evolved into a "ride or die" philosophy shared by a ragtag band of automotive geniuses, some related, some not.

Dom now has a son called Brian, so named to honour the spirit of the late Brian O'Connor, played by Paul Walker (who died in a car crash in the midst of filming Fast & Furious 7). Dom's sister, Letty (Michelle Rodriguez) gives the tot a cross "for protection" – implying an escalation in this film's sense of threat. And there's another family member of Dom's set to make their debut in Fast & Furious 9 – more on them momentarily.

Of course, it's not just about blood relations. There's the figurative Fast & Furious family that includes the likes of Tyrese Gibson, Ludacris and Jordana Brewster. That subtitle 'The Fast Saga' surely implies a homecoming, a return to the story that foregrounds the series veterans – we expect this is a deliberate movie after last year's Dwayne Johnson/Jason Statham spin-off, Hobbs & Shaw.

Chalk up the glossy location photography in the new movie. We counted the rooftops of Edinburgh, the Mall in London and Thailand – all of which are set to become important characters.

London has, of course, featured in the series before, in Fast & Furious 6, and the franchise has earned a reputation for globe-trotting to rival the likes of James Bond. (Incidentally, Fast & Furious 9 partly lensed in Phuket, where Bond movie The Man With The Golden Gun was shot.) Previous locations in the Fast saga have included Cuba, Iceland, Spain, Japan, Abu Dhabi and Brazil.

By this stage, the Fast saga has become unmoored from anything remotely earthbound. What we're looking at instead in a superhero franchise in all but name, where the laws of physics no longer apply. In fact, these films take place in a universe where physics hasn't even been coined as a concept.

If the skydiving cars of Furious 7 and the submarine/automotive faceoff of Fast & Furious 8 weren't enough, we now get a car attaching itself to a cable and swinging itself off a cliff. It's surely enough to make Tom Cruise blush. We're still waiting for the moment where the franchise eventually takes off into space...

Rivalling the human cast for charisma (and overtaking them in many instances) are the cars themselves. In the Fast & Furious 9 trailer, we get the return of Dom's signature Ford Mustang, plus a Pontiac Fiero with a rocket attached to the roof. Other vehicles that feature in the trailer: flying SRT-model Dodge Chargers and planes with handy, car-grabbing magnets attached. What were we saying about physics?

In addition to Michelle Rodriguez as Letty, Jordana Brewster as Mia, Tyrese Gibson as Roman and Ludacris as Tej, we also get the return of Helen Mirren as Magdalene Shaw, mother of Jason Statham's Deckard. And bad news for Dom and the team: Charlize Theron returns from Fast & Furious 8 as nefarious hacker Cipher – and she's back to her old tricks, coercing a significant new face into doing very bad things.

First among equals: John Cena plays Dom's long-absent brother. He's the one being goaded by the incarcerated Cipher to go to war with his sibling. That moment where Cena and Diesel are practically speaking into each other's mouths sends the testosterone levels off the charts.

Flippancy aside, Cena is surely a great addition to a franchise that refuses to take itself seriously; he's brought wry, self-parodying humour to the recent likes of Transformers spin-off Bumblebee, so fingers crossed he'll bring a sense of levity, not just two-fisted macho chaos.

Remember Han (Sung Kang)? He first appeared in The Fast & The Furious: Tokyo Drift, apparently dying during that film's climax. However, the torturous chronology of the franchise is such that Han re-appeared in the chronologically earlier films Fast & Furious, Fast Five, Fast & Furious Six and Fast & Furious 7.

He now re-emerges from the shadows in Fast & Furious 9, ready to put the foot to the floor again, and signature snacks in hand. And IMDB also credits the return of Han's Tokyo Drift protege Sean Boswell (Lucas Black) – he's nowhere to be seen in the trailer, but this is a saga that loves reinstating fan favourites at the expense of coherent timelines.

Fast & Furious 9: The Fast Saga speeds into life in April 2021. Let us know @Cineworld if you're going to be in pole position when tickets go on sale. 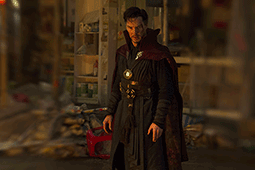 What's On At Cineworld: Doctor Strange in the Multiverse of Madness trailer breakdown 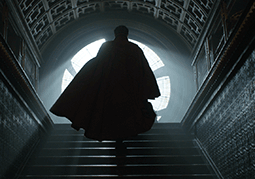 Doctor Strange in the Multiverse of Madness: trailer breakdown and 9 key takeaways 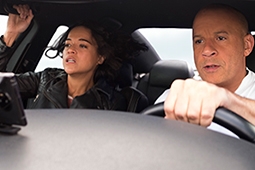 IMAX: discover how the format works in our behind the scenes video

Cineworlders react to Fast and Furious 9 in 4DX

Who is Morbius? A guide to the latest addition to Sony’s Marvel Universe