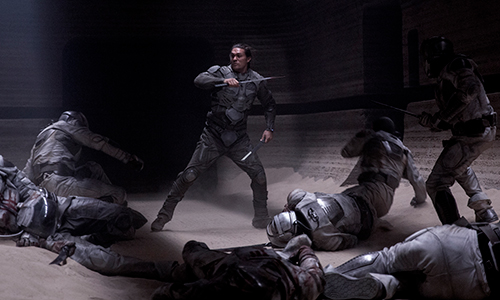 Fast and Furious 10 speeds into Cineworld next year – and if it isn't called Fast-Ten Your Seatbelts, then we'll be very disappointed. The latest instalment in the automotive saga will certainly be featuring Vin Diesel, and most certainly won't be featuring his sparring partner Dwayne Johnson. (Click here for the full story.) However, Aquaman himself, Jason Momoa, is reportedly being lined up to play the movie's baddie.

Deadline broke the news that the Aquaman and Dune star is being lined up to play Diesel's latest nemesis. If confirmed, Momoa will join a host of familiar Fast & Furious faces including Ludacris, Tyrese Gibson, Sung Kung and Michelle Rodriguez. The film will be directed by Justin Lin who has already steered five Fast & Furious epics to blockbuster success. The most recent, Furious 9, which sent the crew to space, became one of 2021's biggest hits with more than $720 million in the bank.

The 10th Furious film will be split into two parts, arriving respectively in 2023 and 2024. Where can they possibly go next? Underwater? Now, that we would like to see, particularly given Momoa's Aquaman background.