It's Friday the 13th, quite possibly the most notorious day in our calendar year. Do you believe in curses? Or is it simply a load of overcooked baloney? Whatever your opinion, you can't deny that Hollywood has eagerly seized on the notion of the cursed movie more than once.

Here's our Cineworld blog list of movies that were beset by all manner of strange occurences during, and after, filming. Coincidence, or a sign that something truly menacing was going on? Scroll down and make up your own mind...

William Friedkin's blockbusting horror movie was as notorious for its on-set shenangians as its off-screen controversy. Friedkin called on author William Peter Blatty to adapt his own book The Exorcist, and what emerged was a nightmarish collision between science and theology, innocence vs body horror and logic vs blind paranoia.

Linda Blair is remarkable as possessed young girl Regan, whose mother Chris (Ellen Burstyn) can only look only in terror while Max von Sydow and Jason Miller's priests intervene. The movie was notorious for breaking down taboos and inviting fainting fits from audiences, with crowds stretching around the block being sprinkled with holy water by nuns.

What went down during production was no less bizarre or horrific. Burstyn's spine was permanently damaged when she was pulled onto the floor during a stunt sequence, the set burned down, leaving only the exorcism bedroom standing, and actors Jack MacGowran and Vasiliki Maliaros, whose characters also die in the movie, both passed away shortly after shooting wrapped.

It gets weirder. When the film was released in Rome, a church opposite one of the cinemas screening the movie was struck by lightning during a torrential rainstorm. Odd, perhaps, but cursed? That's up for debate, but there's no denying studio Warner Bros. leaned into this to cook up a box office storm, the film eventually grossing more than $329 million worldwide.

If The Exorcist set appeared cursed, it was nothing compared to production on The Omen. In dramatising the story of the Antichrist, the son of the devil who will eventually take over the world, some speculated that the filmmakers had brought unholy evil down on their heads.

Gregory Peck and Lee Remick bring gravitas as the US ambassador to the UK and his wife, who mistakenly adopt young Damien – with dire consequences. Multiple accidents and coincidences beset the production: at one point, Peck refused to board a plane, one that later crashed and killed all those on board. Special effects supervisor John Richardson saw his girlfriend decapitated in a car accident near a sign for Ommen in The Netherlands. It was 66.6 kilometres away.

The IRA bombed the UK hotel being used by the crew. And producer Harvey Bernhard narrowly avoided being struck by lightning when on location in Rome. "The devil was at work and he did not want that film made," Bernhard later said.

Speculation continues to rage as to who directed Poltergeist. It seems to have been a two-hander between The Texas Chainsaw Massacre's Tobe Hooper, the nominal helmer, and writer-producer Steven Spielberg. There are trace elements of both filmmakers on the project, with elements of face-ripping nastiness giving way to wholesome platitudes about the nature of the American nuclear family. (This would be drawn out further in Spielberg's blockbusting E.T. The Extra Terrestrial, released the same year.)

The Poltergeist series eventually developed into three movies, all revolving around the Freeling family. In the first, and best, movie, their youngest daughter Carol-Anne is sucked through the TV set by malevolent spirits, prompting a desperate race to get her back. Rumours of a Poltergeist curse began when tragedy struck several of the main cast members.

Dominique Dunne, who played the eldest daughter Dana in the first film, died on 4th November 1982, aged 22, after being strangled by her ex-boyfriend John Thomas Sweeney. And endearing Heather O'Rourke, who played the spirit-afflicted Carol-Anne in all three movies, tragically died at the age of 12 due to complications from an acute bowel obstruction. Rumours of a curse have been furthered by actor JoBeth Williams' claim that Spielberg used real, as opposed to prop, skeletons during the climactic poltergeist attack in the first movie. And Native American actor Will Sampson, who appeared in the second movie, felt compelled to exorcise the set of evil spirits. Spooky...

This broodingly Gothic graphic novel adaptation went down in infamy for the on-set death of star Brandon Lee. Alex Proyas adapts James O'Barr's acclaimed source, in which a dead man rises from the grave to take vengeance on those who wronged him.

Lee would, tragically, make his final movie appearance in The Crow. The accident, sometimes credited to a curse, came when Lee was fatally shot in a scene involving a prop gun wielded by actor Michael Massee. The exact nature of what happened continues to divide people. An Entertainment Weekly article from 1993 states: "Actor Michael Massee, who played Funboy, was supposed to fire his .44-caliber revolver at Lee from a distance of about 15 feet, at which point Lee would detonate a ”squib” (a small explosive charge) planted in the grocery bag to simulate the rip-and-shred effect of the bullet."

How, exactly, the film's safety measures led to Lee being struck and killed with a live round is controversial. In truth, it's crass to attribute such a tragedy to a curse when in fact oversight and negligence are clearly to blame. Nevertheless, a Flickering Myth article from Luke Owen says Lee's death wasn't the only bizarre occurence on the set: "A carpenter suffered severe burns when a crane hit power lines, a disgruntled crew member drove their car into the back of the studio lot, and there was the infamous ‘storm of the century’ that swept through North Carolina on March 13th that destroyed the exterior sets."

The most recent entry on our list wraps a mockumentary format around an allegedly cursed movie known as Antrum. The mythology is alluring, starting with the fact that Antrum is said to have caused several deaths and accidents since its emergence at film festivals in the 1970s. One of these involves a cinema that burned to the ground after screening the movie.

Several decades later, the film has popped up again, and numerous talking head experts weigh in on its menacing reputation. We then get to the real deal, a grainy and unnerving English-language story of a young boy and girl who seek to open up the gates of hell. With its speckled visual aesthetic, blurred sound design and increasingly demonic imagery, there's no denying that Antrum looks like something dredged from a decidedly off-putting realm. But is it actually cursed? If you're brave enough, watch for yourself and make up your own mind...

Which movies do you consider to be cursed? Let us know @Cineworld. 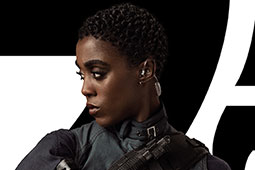