Glass: read the responses to the Cineworld Unlimited screening

The end result forges surprising connections between three films that were initially thought to be unconnected. It's a typically twisty Shyamalan premise, so what did Unlimited audiences make of it?

We'll start with this from Mal Jutley who praises the three central performances.

Tonight was @GlassMovie I enjoyed it! Really brings together the trilogy. Glad it lent on both previous films & not just Split. All 3 characters were played brilliantly. Great storytelling and gives us a comic book movie, not a blockbuster superhero movie. #GlassMovie @cineworld pic.twitter.com/0fXYJsA3YG

I thought they brought all the elements together really well, and it was great that they didn’t feel the need to throw a lot of new characters at it. James McAvoy stole the show again though with several brilliant parts. #GlassMovie

Given Shyamalan's penchant for last-minute revelations, the ending (which, of course, we're not giving away) has generated a lot of reactions. Bill Curzon says he loved the denouement.

Very good end to the trilogy. I really appreciated where they went with the ending.

Very good movie!
So glad we finally got a Trilogy (of sorts!)
Upto the usual M.Night high standard!
That ending though...
I'm gonna have to watch this movie again! 9/10

And Stephan Clark praises McAvoy's memorable performance while hoping for a brand new trilogy in future.

Absolutely loved it James Mcavoy steals the whole film with his characters. Enjoyed the ending I'm just hoping they might continue with another trilogy #GlassMovie

On the other hand, the nature of the storytelling proved problematic with some viewers. Ian GT says that for him, Shyamalan's signature unhurried tone hampered the film's impact.

Shyamalan always seems to struggle at the end of films, it’s like they decide to leave things open ended to annoythe viewer!
Started OK but faded off and became a little laborious towards the end

The resolution also yielded mixed results for Clare who wasn't convinced of the bridging device between Glass, Unbreakable and Split.

Not a fan. Felt like an Unbreakabke sequel with Split shoe-horned in because of its success. A waste of the wonderful James Mcevoy’s talents.

Is this even the end of the 'Eastrail 177 trilogy' though? Katie Samuel thinks otherwise...

Really enjoyed it. James McAvoy constantly amazes me with his ability to transition between those personalities. But I’ll always Hedwig (etcetera). Not 100% convinced this is the true end. Will look forward to a 2nd viewing

Anyone else who attended last night's screening can tweet their responses @Cineworld and using #CineworldUnlimited.

For those who can't wait to see the movie again, the good news is Glass is now on release in Cineworld. Click here to book your tickets for Glass. Also don't forget to watch our exclusive interview with Glass star James McAvoy.

Don't forget your next Unlimited screening gets underway this Sunday. Melissa McCarthy and Richard E. Grant give acclaimed performances in Can You Ever Forgive Me?, based on the true story of fraudulent biographer Lee Israel.

Click here to book your tickets for Can You Ever Forgive Me?, screening in advance on Sunday 20th January.

Not yet part of the Unlimited club? Sign up now to enjoy unlimited movies from £17.90 a month, plus advance screenings, restaurant discounts and more. Click here to join Cineworld Unlimited. 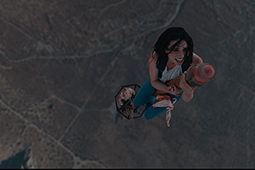 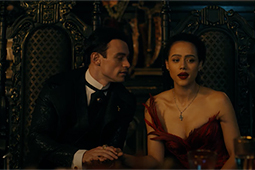 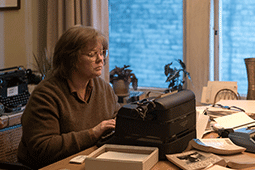 Book for your Cineworld Unlimited screening of Can You Ever Forgive Me?