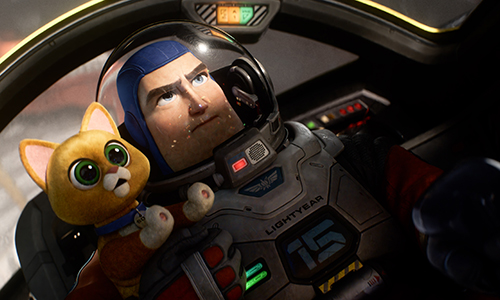 Disney-Pixar's Lightyear brings us the origin story behind one of animation's greatest characters.

The Toy Story creators present us with the human inspiration for the Tim Allen-voiced toy. Said astronaut manifests with a suitably square jaw and the comforting vocals of Avengers star Chris Evans, in a movie that boldly goes where no toy has gone before.

Go behind the scenes of the movie in the following video where real-life Buzz Lightyear and astronaut extraordinaire Tim Peake explains his cameo appearance in the movie.

Lightyear is released in Cineworld cinemas on 17th June.