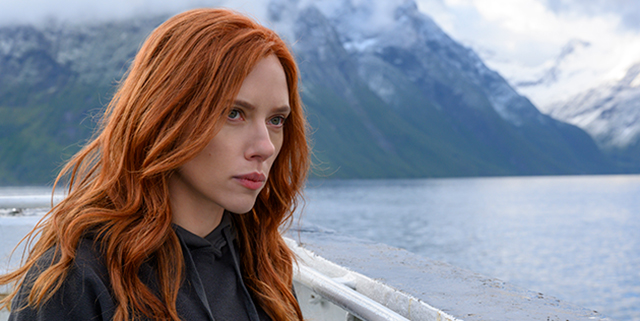 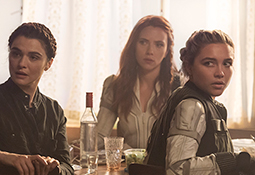 Want to know what to watch in Cineworld this month? Scroll down to discover our round-up of July's unmissable movies.

And here's a rundown of each movie in a bit more detail.

Prepare to get Freaky with a twisted take on the body-swap movie when a teenage girl switches bodies with a relentless serial killer. Seventeen-year-old Millie Kessler (Kathryn Newton, Blockers, HBO’s Big Little Lies) is just trying to survive the bloodthirsty halls of Blissfield High and the cruelty of the popular crowd. But when she becomes the newest target of The Butcher (Vince Vaughn), her town’s infamous serial killer, her senior year becomes the least of her worries. When The Butcher’s mystical ancient dagger causes him and Millie to wake up in each other’s bodies, Millie learns that she has just 24 hours to get her body back before the switch becomes permanent and she’s trapped in the form of a middle-aged maniac forever.

In Marvel Studios' action-packed spy thriller 'Black Widow,' Natasha Romanoff aka Black Widow confronts the darker parts of her ledger when a dangerous conspiracy with ties to her past arises. Pursued by a force that will stop at nothing to bring her down, Natasha must deal with her history as a spy and the broken relationships left in her wake long before she became an Avenger.

NBA champion and cultural icon LeBron James goes on an epic adventure alongside timeless Tune Bugs Bunny with the animated/live-action event “Space Jam: A New Legacy,” from director Malcolm D. Lee and an innovative filmmaking team including Ryan Coogler and Maverick Carter. This transformational journey is a manic mashup of two worlds that reveals just how far some parents will go to connect with their kids. When LeBron and his young son Dom are trapped in a digital space by a rogue A.I., LeBron must get them home safe by leading Bugs, Lola Bunny and the whole gang of notoriously undisciplined Looney Tunes to victory over the A.I.’s digitized champions on the court: a powered-up roster of NBA and WNBA stars as you’ve never seen them before.

The Croods have survived their fair share of dangers and disasters, from fanged prehistoric beasts to watching their daughter get heart eyes over a new boyfriend. But now they face something that will shake their pack to its core and make them reconsider everything they hold true: another family. The Croods need a new place to live. So, the first prehistoric family sets off into the world in search of a safer place to call home. When they discover an idyllic walled-in paradise that meets all their needs, they think their problems are solved ... except for one thing. Another family already lives there: the Bettermans.

Escape Room: Tournament of Champions is the sequel to the box office hit psychological thriller that terrified audiences around the world. In this instalment, six people unwittingly find themselves locked in another series of escape rooms, slowly uncovering what they have in common to survive…and discovering they’ve all played the game before.

Vaulting from the record-shattering success of 2018’s The First Purge, Blumhouse’s infamous terror franchise hurtles into innovative new territory as members of an underground movement, no longer satisfied with one annual night of anarchy and murder, decide to overtake America through an unending campaign of mayhem and massacre. No one is safe.

The Sixth Sense and Split filmmaker M. Night Shyamalan returns with another twisted tale of a beach vacation gone horribly awry. When two families seemingly discover paradise, they're forced to confront a bizarre and terrifying situation whereby they begin to age prematurely.

Guardians of the Galaxy director James Gunn jumps ship from Marvel to DC to reboot this irreverent bunch of loveably oddball bad guys. Margot Robbie's Harley Quinn is imported from the 2016 movie, as are Joel Kinnaman's Rick Flagg and Viola Davis' Amanda Waller. New additions to this eccentric crew on a do or die mission include Idris Elba's Bloodspot, John Cena's Peacemaker and Sylvester Stallone's King Shark. Yes, he is a humanoid shark with a vocabulary (albeit a limited one).

Inspired by the famous Disneyland theme park ride, Disney's Jungle Cruise is an adventure-filled, Amazon-jungle expedition starring Dwayne Johnson as the charismatic riverboat captain and Emily Blunt as a determined explorer on a research mission.

An epic adventure about a headstrong girl longing for a place to belong who discovers a kindred spirit when her life intersects with a wild horse, Spirit Untamed is the next chapter in the beloved story from DreamWorks Animation. 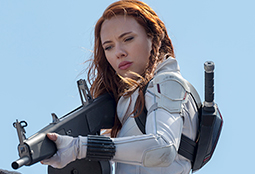 Black Widow: all the ways you can watch the Marvel movie in Cineworld