July unmissable movies in Cineworld from Thor: Love and Thunder to DC League of Super-Pets 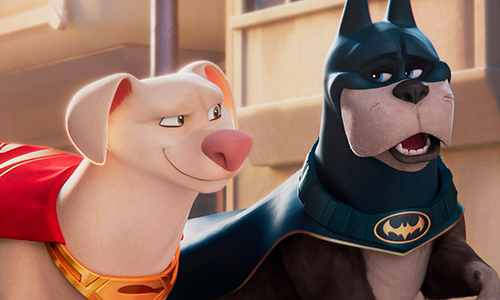 With the summer holidays almost upon us, there's an extensive variety of exciting big-screen releases in Cineworld to savour. From superhero epics to nostalgic family dramas, we've got all bases covered. Scroll down to find out what's on and when.

1. Minions: The Rise of Gru (on release now)

Those maniacal minions and their fearless leader, the infamous Gru, are back to cause more hilarious big-screen chaos. The story this time picks up with Gru's (Steve Carell) formative years in the 1970s as he attempts to join the Vicious 6 villainous collective. Expect retro stylings, slapstick and oodles of the minions' famous nonsense language in this sequel to the blockbusting Minions movie, itself an extension of the smash-hit Despicable Me series.

Don't forget that with a Cineworld family ticket, you can experience the fun of the Minions movie as a unit and be more childish together.

Click here to book your tickets for Minions: The Rise of Gru.

Chris Hemsworth gives himbos a good name with his infectiously good-natured return as the titular God of Thunder. Hemsworth reunites with quirky Thor: Ragnarok filmmaker Taika Waititi, which means we can expect more of the same glorious irreverence, boldly arresting visuals and plenty of sly in-jokes.

This latest Thor movie also makes progressive in-roads by casting the returning Jane Foster (Natalie Portman) as the Mighty Thor. She now wields Mjolnir, so how will Hemsworth's beefy god respond? He'd better decide soon because the fearsome Gorr the God Butcher (Christian Bale) is on the warpath to destroy all deities, setting in motion a thrilling and hilarious adventure.

Click here to book your tickets for Thor: Love and Thunder.

Released in 1971, the movie adaptation of The Railway Children is cherished by an entire generation of film fans. The sensitive adaptation of E. Nesbit's classic story helped make a star of Jenny Agutter, and the latter is back as Roberta in this nostalgic sequel.

A new generation of railway children now takes over the storyline as a group of Yorkshire evacuees attempts to help a stranded World War II soldier. No doubt many Cineworlders are set to introduce their own kids to the legacy of this enduring family classic.

Click here to book your tickets for The Railway Children Return.

Delia Owens' Where the Crawdads Sing became a publishing sensation and has sold more than 4 million copies to date. The novel's blend of romance, ecology and murder mystery helped it garner a worldwide roster of fans, including Oscar-winning A-lister Reese Witherspoon who now executive produces the movie adaptation.

Normal People star Daisy Edgar-Jones takes on the central role of Kya, the isolated North Carolina 'marsh girl' who is implicated in the death of her ex-lover. Expect plenty of twists and turns along the way as Kya's unusual existence, one tied into the very beauty of the natural landscape, starts to reveal itself.

Click here to book your tickets for Where the Crawdads Sing and don't forget about the Cineworld Unlimited screening on 19 July.

Real-life BFFs and regular screen cohorts Dwayne Johnson and Kevin Hart are back. However, you've never seen them like this before. This irreverent DC animation, from the makers of The LEGO Movie, casts Johnson and Hart as the loveable canine companions of Superman and Batman who must leap into action when their super-powered masters are kidnapped by the devious Lex Luthor.

With Keanu Reeves and John Krasinski also on board as the voices of Bats and Supes, respectively, you know this isn't one to be missed on the big screen.

Click here to book your tickets for DC League of Super-Pets.

Which of these unmissable July movies are you planning to watch in Cineworld? Don't forget that with a Cineworld Unlimited membership, you can watch as many exciting new releases as you want. You can also enjoy the benefits of a free tastecard, preview screenings and a lot more. 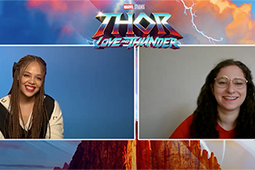