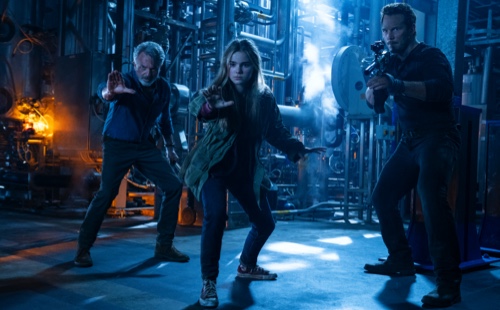 As the third and final instalment in the Jurassic World trilogy opens, Jurassic World: Dominion, we witness dinosaurs roaming wild across North America. But how did creatures that had been extinct for millions of years come to reclaim their old territory? Join us on a velociraptor–paced recap of the previous episodes in the Jurassic story.

En route they meet cocky chaos-theory mathematician Ian Malcolm (Jeff Goldblum). At Jurassic Park, they discover an entire ecosystem of living prehistoric creatures that have been part-cloned from prehistoric DNA. We experience their wonder alongside them, too, thanks to a groundbreaking (and still spectacular) CGI-enhanced sequence of grazing giant brachiosaurs.

When an attempt to steal dino embryos goes wrong and the park’s safety systems shut down, super-intelligent velociraptors and the mighty T rex run amok. It’s down to the plucky scientists to rescue Hammond’s grandchildren from these terrifying predators and escape the island.

Four years after the disaster on Isla Nublar, Ian Malcolm discovers that dinosaurs are also lumbering and prowling wild on nearby Isla Sorna.

Recruited again by Hammond to document these creatures, together with filmmaker Nick Van Owen (Vince Vaughn), Malcolm learns that his palaeontologist partner Sarah Harding (Julianne Moore) is already working among the stegosaurs. His daughter, Kelly (Vanessa Lee Chester), has stowed away, too.

To add spice to the mix, a posse of big-game hunters hired by Hammond’s scheming nephew is also on the island to capture a T rex for a new theme park in mainland USA. More scenery (and cast) chewing ensues, culminating in a showdown between predator and palaeontologists on the San Diego docks.

Another call for an expert palaeontologist (Alan Grant again), another youngster in peril, another set of lethal prehistoric carnivores, another series of dino-based disasters – it can only be the third instalment in the fearsome-fanged franchise.

This time the antagonists with dubious motives are wealthy ex-couple Paul and Amanda Kirby (the always watchable William H Macy and Téa Leoni). Having ostensibly hired Grant for an expert aerial tour of Isla Sorna, the Kirbys force him to help them search for their 12-year-old son Eric, lost during a disastrous paragliding excursion.

The hapless group faces a T rex-chomping spinosaurus, vicious flying pterosaurs and a velociraptor family intent on retrieving their eggs from Grant’s foolhardy assistant Billy (Alessandro Nivola). And they must locate Eric and flee the island before they’re all picked off by the ancient reptiles.

This return to Isla Nublar is at heart a what-if reboot of the original Jurassic Park on steroids – or, rather, even more disturbing 21st-century gene-tweaking tech. The now-successful theme park descends into chaos after a Frankenstein-esque transgenic Indominus rex escapes from its supposedly secure enclosure.

As the island is evacuated, the latest tycoon at the helm, charismatic Simon Masrani (Irrfan Khan), falls victim to pterosaurs. In order to survive, Claire and Owen must pit one predator against another – and another and another – each bigger, fiercer and deadlier than the one before.

This time it’s Isla Nubar’s prehistoric reptiles that are at risk – from an impending volcanic eruption and from the machinations of yet another greedy schemer. Eli Mills (Rafe Spall), associate of John Hammond’s erstwhile partner in the original Jurassic Park, plans to capture the most impressive species to sell on the black market.

Having joined a mission led by a team of mercenaries to purportedly rescue the island’s resident reptiles, Claire and Owen follow the purloined creatures back to the mainland mansion. There, sinister Mr Eversoll (a delightfully snaggle-toothed Toby Jones) begins auctioning off the behemoths – including star lot indoraptor, a new and yet-more-petrifying transgenic carnivore.

Inevitably, attempts to break up the auction result in mayhem and the escape of most of the dinosaurs into the surrounding countryside.

This moment, proclaims the returning Ian Malcolm, marks the start of a neo-Jurassic Age. And so the scene is set for the action to come in Jurassic World: Dominion…

Click here to book your tickets for Jurassic World: Dominion, opening in Cineworld cinemas from the 10th of June. 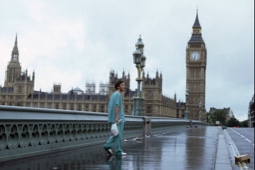