Since 2013, we’ve gotten used to the rhythm of two MCU movies a year, so it seems weird to remember how erratic their release schedule was in their early years. While Iron Man and The Incredible Hulk both came out in 2008, Marvel didn’t release anything in 2009. So by the time Iron Man 2 arrived in 2010 we were almost panting with anticipation.

After Nick Fury and SHIELD were teased at the end of the first two films, Iron Man 2 makes good on its promise, delivering a near full-blown SHIELD movie. Samuel L Jackson is given a meaty role as the department’s eyepatch-rocking head and Scarlett Johansson joins the Marvel universe as Natasha Romanoff, AKA Black Widow. With the MCU now on its third film, Iron Man 2 is the first Marvel production to really start building the world in which the future movies will live.

Sadly, Iron Man 2 would be the first Marvel movie to be forced to recast a role. When 2008’s Iron Man was initially cast, co-star Terrence Howard was a bigger star – and commanded a bigger pay cheque – than Robert Downey Jr. When it came to the sequel however, RDJ’s star had rocketed and Howard was edged out. Luckily, the role of James "Rhodey" Rhodes was awarded to Don Cheadle after Howard’s departure and we can’t really see anyone else being better.

Bravely, the filmmakers decided to include story elements the Iron Man comic classic, ‘Demon in a Bottle’. One of the most notorious storylines in Marvel history, this 1979 arc focused on Tony Stark’s struggle with alcoholism as his company and reputation fall to the machinations of arch rival Justin Hammer. While the film doesn’t go as full-tilt Leaving Las Vegas as the comic, it certainly ventures to places superhero movies don’t usually go.

Is there any movie not enlivened by an appearance from the great Sam Rockwell? Despite not resembling the comic book Justin Hammer AT ALL (the 2D version of Tony Stark’s business rival is older, taller and, well, British), Rockwell’s scene-stealing turn is one of the highlights of the movie. Come on Marvel, bring him back!

Mickey Rourke gives a curiously detached performance in the movie. It's never clear whether he’s sleepwalking through the part, or that vague, disconnected quality of Ivan Vanko is a part of the character. Either way, it’s certainly an unusual turn.

In Monaco, the moment when Iron Man comes face to face with Ivan Vanko and his electric whips. It’s a powerful scene and gives us a tantalising glimpse as to what Tony Stark is up against.

Senator Stern: “Funny how annoying a little prick can be, isn't it?”

At the end of the movie, we see Stark and Fury at a safe-house with the TV on in the background. It appear to be broadcasting a report from Culver University, suggesting that the events of The Incredible Hulk take place concurrently with Iron Man 2.

In the same scene, you can see a map of Africa, with an arrow pointing towards the fictional country of Wakanda. This is, of course, the home of T’Challa AKA Black Panther, who eventually made his MCU debut in last year’s Captain America: Civil War.

After cameoing as Playboy owner Hugh Hefner in the first Iron Man, this time Stan the Man is another lookalike – CNN’s long-time political interviewer Larry King. This one’s a real blink-and-you’ll-miss-him one though. So don't blink and you won't miss him.

Iron Man 2’s post-credits sting follows Agent Phil Coulson into the deserts of New Mexico as he reports back to his bosses that they’ve found Thor’s hammer. Remember that at this moment, we hadn’t set sight on Chris Hemsworth’s Norse God, so even seeing his hammer was exciting stuff.

Emily Blunt was actually offered the part of Black Widow, but was forced to turn it down due to filming commitments of Gulliver’s Travels.

F1 boss Bernie Ecclestone initially let the filmmakers film at Monaco’s Grand Prix, only the rescind permission at the last minute. That led Marvel to shoot the big Monaco action sequence at a parking lot in California.

The movie’s screenplay is written by Justin Theroux, cousin of Louis, husband of Jennifer Aniston, scripter of Zoolander and star of The Leftovers.

“There are some funny, funky scenes and some great CGI exploding hardware; it never looks a penny less than a million dollars, nor Johansson a Celsius-degree less than smokin' hot.” The Guardian

“However much Justin Theroux’s script fails in oomph terms (pretty badly), it’s full of good banter and throwaway grace notes; though not as turbo-charged as the original, it’s funnier and less politically off-putting.” Daily Telegraph

“Downey Jr. may be surrounded by expensive pyrotechnics and stellar co-stars but ultimately the Iron Man franchise is his show. The film’s jaunty manner and sarcastic wit take their cue from his personality and the role of a reformed bad boy fits him as snugly as his iron suit.” Daily Express

“Despite its shortcomings, Iron Man 2 is one helluva good time. It may not have the most polished delivery in terms of story, but for the most part it attains its many narrative goals.” IGN 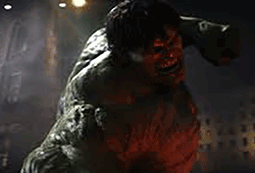