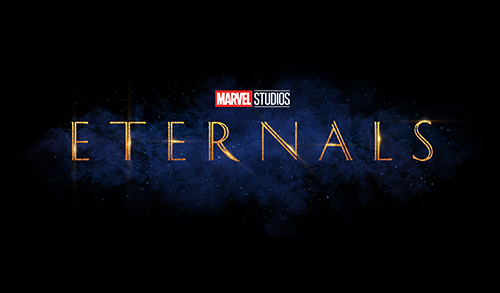 Marvel Studios movie Eternals arrives in Cineworld on 5th November, and the first Twitter reactions have arrived to get you primed. Nomadland director Chloé Zhao helms this cosmic expansion of the Marvel Cinematic Universe (MCU), one that introduces us to a new batch of heroes and their dreaded enemies.

The titular Eternals are powerful beings created by the Celestials. They were sent to Earth to safeguard mankind, but are expressly instructed to only get involved when humanity is threatened by the diabolical Deviants. This explains why the Eternals sat out the chaos wrought by Thanos (Josh Brolin), plus many other natural disasters throughout human history.

Critics have praised the movie, adapted from Stan Lee and Jack Kirby's comic creation, for being a visually stunning, lore-heavy and surprisingly sexy variation on the usual MCU formula. (Yes, apparently, some characters actually get it on in this particular Marvel epic.) Richard Madden, Gemma Chan, Angelina Jolie, Kumail Nanjiani and Salma Hayek all feature in an A-list cast that makes a strong bid for diversity and inclusion, and some reviewers say the backstory-heavy narrative draws closer comparison with Marvel's rival, the DC Extended Universe (DCEU).

#Eternals is one of Marvel’s most ambitious films. Epic in scope, lavishly shot, and totally unapologetic about how much lore it dumps on you.

Terrific cast, great direction, and delightfully comic book-y. Def not for everyone, but these are Jack Kirby’s space gods done right. pic.twitter.com/fsuexvcTwY

#Eternals breaks new ground for the MCU and not in all the ways you’re expecting. Alternating between beautiful and baffling, epic and intimate, it’s a movie of huge ideas, where the sentiment often matters more than anything going on in the story. I can’t wait to see it again.🪐 pic.twitter.com/KE6oHlU8xI

ETERNALS brings a kind of austere (veery Villeneuve-inspired) sci-fi to the MCU, and a heady, cosmic ambition that is thrilling to see in a superhero flick. Unfortunately it takes a long time to get there as the 1st half is rough & the pacing baggy. But can't fault its big swings

Eternals is Marvel’s version of Zack Snyder’s Justice League. A film that builds upon a cast of unknown characters and does so with great success. Chloé Zhao direction is superb. Easily one of the best looking Marvel films of all time. Insane post credits scenes too. #Eternals pic.twitter.com/TbZlqPJxGQ

Okay wow... I'm going to make another tweet but #Eternals is A LOT.

Without exaggeration it is the most plot heavy mcu film and it definitely *feels* like the longest. What I will say now is:

- Legit LGBTQ rep
- Legit sexual tension
- Does not feel like it's on autopilot https://t.co/FY8b2gIb9m

#Eternals is DENSE & I felt the weight of the exposition often. Movie’s at its best when the focus is on the Eternals recreating their family - the humor of it & the passion when they fight for each other and the things they love. Also, Angelina Jolie in the MCU is EVERYTHING. pic.twitter.com/rMJz0U2It2

ETERNALS: in style & tone this is easily the least Marvel-like movie in the MCU (it doesn't look like plastic. also, sex happens) & the scale is cosmic in a way that makes the avengers arc feel like a blip. so why is it still just misfit spandex people fighting bad CG for 3 hours

That's a smattering of the critical responses and you can make your own mind up when Eternals is released in Cineworld cinemas on 5th November.