Mulan: go behind the scenes with Disney's stunt team

The live-action remake of Mulan isn't playing by the rules of the standard Disney reboot. For one thing, it's massively more expensive than its predecessors, budgeted at $230 million, and is therefore painted on a suitably enormous scale.

And unlike the Disney remakes that have preceded it, this iteration of Mulan is bold enough to ditch certain aspects of its animated inspiration, namely the musical numbers and the presence of dragon sidekick Mushu. (That said, Christina Aguilera has recorded a new version of her song 'Reflection'.)

The film is directed by Niki Caro, who scored a critical hit in 2002 with her evocative Maori drama Whale Rider. Liu Yifei stars as the eponymous Mulan, a young woman expected to conform to the norms of feudal China, while her father prepares to serve in the army and help battle a dangerous new threat. However, when he is unable to fulfill his duty, Mulan takes his place, preparing to battle vicious witch Xian Lang (Gong Li) and her henchman Bori Khan (Jason Scott Lee).

This new version of Mulan isn't an animated musical but a 'wuxia' epic, broadly defined as a mixture of martial arts and magical fantasy. Go behind the scenes in the following video to discover the sweeping and visually arresting interpretation of the Mulan legend.

Mulan is released on the 24th of July. 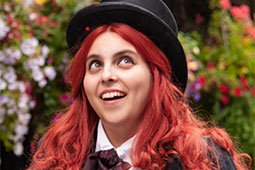