Neve Campbell has confirmed that she will be returning as Sidney Prescott in the all-new Scream film, earmarked for a January 2022 release.

The 46-year-old actress issued a statement yesterday, in which she credited the film's two directors Matthew Bettinelli-Olpin and Tyler Gillett – aka Radio Silence – for their approach to original Scream director Wes Craven's vision.

"After spending time speaking with Radio Silence, they have shown such love, respect and admiration for Wes Craven and all that he's created in the 'Scream' franchise,” she said. "I am beyond excited to step back into the role of Sidney Prescott and return to Woodsboro."

Campbell also shared the news with her 315,000 followers on Instagram, posting a terrifying clip of the famous Scream mask, alongside the words: "Hello, Sidney... Remember me?"

Bettinelli-Olpin and Gillett also issued a statement to express their excitement at having Campbell on board for the movie, which is a collaboration between Spyglass and Paramount Pictures. It said: "We're pinching ourselves! It's hard to express how much the character Sidney Prescott shaped our love of movies, and to have the chance to work with Neve is truly a dream come true. It just wouldn't be a 'Scream' movie without Neve and we're so excited and honored to join her in Woodsboro."

Campbell isn't the only member of the original Scream cast to sign up for the new movie. David Arquette and Courteney Cox are also set to return, reprising their roles as Dewey Riley and Gale Weathers respectively. They'll be joined by new cast members Jack Quaid (The Boys), Melissa Barrera (In the Heights) and Jenna Ortega (Jane the Virgin).

Do you have a favourite moment from the four Scream films to date? Let us know by sending us a tweet. 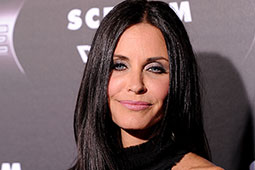 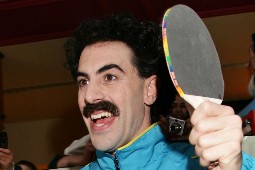 Has Borat 2 been filmed?