Prima Facie: everything you need to know about the NT Live production starring Jodie Comer 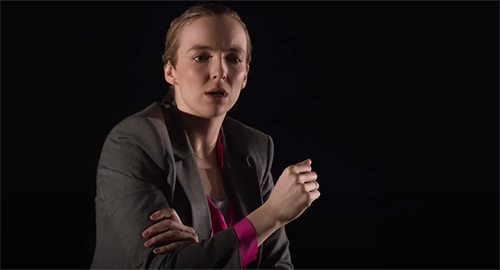 Very soon, you will be able to watch the sensational Jodie Comer make her West End debut in the highly successful Prima Facie.

The NT Live production is headed straight to a Cineworld screen near you – here's what you need to know.

What is the story of Prima Facie?

The London production comes from the Harold Pinter Theatre and is inventively staged by award-winning director Justin Martin. Comer stars as Tessa, a talented criminal defence barrister whose area of expertise resides in defending people accused of sexual assault. However, when Tessa is, herself, assaulted, her whole interpretation of the law changes.

Watch the trailer below to get a sense of the play's power.

Who stars in Prima Facie?

Prima Facie is a one-woman play, so Jodie Comer is our entire focus throughout Tessa's emotional and topical ordeal. The production allows Comer to run the gamut of emotions that she so ably demonstrated in her mercurial role as Killing Eve's Villanelle.

Comer's role in Prima Facie also shares thematic similarities with her impressive turn in Ridley Scott's harrowing The Last Duel. In the movie, Comer portrayed Marguerite de Carrouges, a 12-century noblewoman whose virtue is called into question after she is assaulted by a knight.

One can expect a tour-de-force performance from one of the UK's finest actors.

What have audiences said about Prima Facie?

Check out the video below to get a sense of the rave audience reactions to Prima Facie.

What have critics said about Prima Facie?

"West End debuts don't come much more astonishing than this solo tour de force by Jodie Comer," said The Telegraph's Dominic Cavendish. "In the face of Comer's triumphant leap into the live acting arena, I was mainly left wanting to see her on stage more; she's in her element, and can work wonders."

The Evening Standard's Nick Curtis says Comer "absolutely storms the West End", adding: "Her commitment made the production happen and kept it alive through delays. We all wanted to know if she's as good live on stage as she is on screen. And the answer is no: she's better."

Prima Facie is due to transfer onto Broadway 2023 with Comer again playing the role of Tessa.

When is Prima Facie showing in Cineworld?

Prima Facie is showing in Cineworld from July 21st. Click here to book your tickets for Prima Facie. 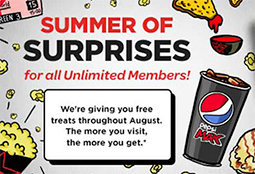