Having already won numerous accolades – including Golden Globes for Best Film and Best Director – 1917 is quickly shaping up to be one of the front runners in the 2020 awards season. Moreover, it’s the latest film from Oscar-winning director Sam Mendes, who also co-wrote the screenplay with Krysty Wilson-Cairns.

Before Mendes’ latest film lands in Cineworld, let’s revisit the unforgettable movies that have led to this point…

Obtaining a whopping five Oscars, including Best Director for Mendes, this modern masterpiece centres on family man Lester (Kevin Spacey) as he becomes disenfranchised with his suburban life, all the while becoming infatuated with his teenage daughter’s best friend.

Often understood as a satirical outlook on middle class America, the provocative and thoughtful screenplay penned by Alan Ball taps deep into the psyche of suburbia in a way most films don’t come close to – and Mendes’s direction elegantly ties it all together beautifully.

The film’s iconography soon permeated popular consciousness (such as the famous rose petal scene and the ‘dancing’ plastic bag), and the film announced Mendes as a filmmaker of formidable repute. However, things could have been very different as 20 other directors allegedly turned down the role before Mendes was even offered.

Not long after the success of American Beauty, Mendes was back in the director’s chair for the Oscar-winning Road to Perdition. Based on the graphic novel of the same name, this gripping and heartfelt period crime drama sees a father and mob enforcer (Tom Hanks) and his son (Tyler Hoechlin) travel across Chicago in the 1930s searching for the son of a crime boss (Daniel Craig), who gunned down their family after a job went horribly wrong.

Road to Perdition is beautifully shot (earning Conrad L. Hall an Oscar for his cinematography) with a Thomas Newman soundtrack that’s just as mesmerising as his celebrated American Beauty score. Weaving a very human portrait of the archetypal father-son relationship, Mendes succeeds in keeping us on the edge of our seat, before finally leaving us with a tear-jerking, reflective finale.

1917 isn’t Mendes’s first foray into the war film – that was back in 2005 with Jarhead. Adapted from the memoirs of US Marine Anthony Swofford, it chronicles the time spent by the author (Jake Gyllenhaal) as a ‘jarhead’ – in other words, a ‘grunt’ soldier during the Gulf War.

Although his third feature film wasn’t able to reach the heights of his previous works, gaining a mixed critical reception and flopping at the box office, Mendes nevertheless presented a gritty portrayal of war and the effect it can have on those involved – made all the better by Gyllenhaal’s scene-stealing performance.

Adapted from the novel of the same name by Richard Yates, Revolutionary Road reunites Leonardo DiCaprio and Kate Winslet after Titanic (with Kathy Bates in a supporting role, too). They play newlyweds who move onto the eponymous street, struggling to hold their relationship together when their lives don’t go as planned.

Similar to American Beauty, Revolutionary Road offers a close examination of American suburbia, this time from the perspective of the idyllic family archetype of the 1950s. Earning critical acclaim, three Oscar nominations and plenty of awards for DiCaprio and Winslet (who each got a Golden Globe for their efforts), Revolutionary Road is yet another example of Mendes’s knack for crafting small, intimate stories with huge emotional payoffs.

It’s likely Away We Go completely passed you by – it only had a limited release in the UK, after all. Written by husband and wife duo Dave Eggers and Vendela Vida, this rom-com casts A Quiet Place’s John Krasinski alongside Bridesmaids star Maya Rudolph as a couple traveling the country in hopes of finding the perfect home for their firstborn child.

Along the way they meet a host of old acquaintances, some charming and insightful, some off-putting, all somewhat quirky. Striking the perfect balance between endearingly charming and emotionally moving, Rudolph and Krasinski have excellent on-screen rapport.

Not many filmmakers get the chance to helm a James Bond film; Sam Mendes, though, got the opportunity to direct two back-to-back: Skyfall and Spectre. Although it puts him nowhere near the five film record set by John Glen, Mendes has nevertheless established himself a place in the franchise’s hall of fame.

Not only did both of his Daniel Craig-fronted entries bring the super-spy into the modern era, they also gave the franchise a more mature, moody atmosphere – not to mention delivering tenfold on the high-octane action we’ve come to expect from the classic series.

This is especially true for Skyfall which, despite original writer Peter Morgan leaving and MGM running into financial trouble during production, went on to become the highest grossing film in the franchise to date – and on the series’ 50th anniversary, too. It’s no surprise they wanted Mendes back for Spectre.

Click here to book your tickets for 1917, opening in Cineworld cinemas on the 10th of January. Also, don't forget to tweet us your favourite Sam Mendes movies @Cineworld. 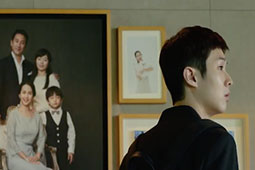