It's Scarlett Johansson's 35th birthday today, and in anticipation of her starring role in Marvel's Black Widow, we've put together a special Cineworld blog list.

We're not here to recap her role as Natasha Romanoff in the Marvel Cinematic Universe (MCU). Brilliant as she is in those movies, Johansson has also delivered many striking performances in indie dramas that threaten to go under the radar.

If you're looking for movie inspiration, then check out our list and rediscover why Johansson is one of the most versatile and dynamic actors in Hollywood.

In the annals of books turned into movies, The Horse Whisperer isn't one of the most faithful. Although director Robert Redford effectively distills the big sky Montana atmosphere of Nick Evans' source novel, he makes substantial changes to the inter-character relationships. However, that's not to deny the atmosphere of the movie and the strength of the performances, including a pre-fame Scarlett Johansson in the pivotal role of Grace.

At the outset of the movie, Grace is badly injured when her horse Pilgrim is hit by a truck. The traumatised animal refuses to respond to treatment, until Grace's mother Annie (Kristen Scott Thomas) hears about fabled 'horse whisperer' Tom Booker (Redford). So begins a literal and figurative journey into the unknown, the smog and fumes of New York left behind as mother and daughter travel across country to a potential site of healing and redemption.

Robert Richardson's glowing cinematography and Thomas Newman's rustic score sell us on the earthy, sweeping physical environment while Johansson stands out amidst an impressive grown-up ensemble. It's an early sign of the charisma that would guide her towards A-list prestige and Oscar nominations.

In the wake of The Horse Whisperer, Johansson made the steady move into accomplished, emotionally daring roles, peaking in Sophia Coppola's offbeat Lost in Translation in 2003. Prior to that, Johansson excelled in the dreamy and unsettling comic book movie adaptation Ghost World, author Daniel Clowes adapting his own source material in collaboration with director Terry Zwigoff.

Johansson and co-star Thora Birch, then a sensation off the back of American Beauty, brilliantly embody a sense of disaffected youth and malaise. Their believably deadpan performances drive this story of two teenage misfits and their friendship with an older man (Steve Buscemi), which eventually curdles into something much darker.

Johansson's performance is highly stylised, in-keeping with the heightened atmosphere of the movie, yet also deeply relatable, reflecting the concerns of urban youth at the time. It was one of her early critical successes, the noted Roger Ebert raving: "I wanted to hug this movie. It takes such a risky journey and never steps wrong. It creates specific, original, believable, lovable characters, and meanders with them through their inconsolable days, never losing its sense of humour."

Remember Johansson's collaboration with the Coen brothers? No, we're not talking about 2016 Hollywood parody Hail, Caesar!, in which she played acidic actress DeeAnna Moran. Years before that, the younger Johansson made her Coen debut in artful black and white drama The Man Who Wasn't There.

It's exactly the story of story one would expect from the makers of Fargo and No Country for Old Men, in which a small-town schlub (Billy Bob Thornton) gets in over his head. There's violence, blackmail and corruption involved, all captured in gorgeous black and white tones by master cinematographer (and Coen regular) Roger Deakins.

Not just an exercise in style, the film also elicits excellent performances from its cast. In another sign of her ability to stand out from the crowd, Johansson is memorable as teen femme fatale Rachel 'Birdy' Abundas, who spells further bad news for Thornton's central character Ed Crane. Layering her innocent appearance with undercurrents of deceit and malice, Johansson again demonstrated her ability to take on difficult, and not always sympathetic, roles.

Johansson stepped beyond the boundaries of 20th century drama with her bold performance in this arresting period piece. Set in 17th century Holland, Girl with a Pearl Earring, adapted from Tracy Chevalier's novel, recaps the story behind the titular artwork, one of the most famous paintings of all time.

Johansson plays Griet, the introverted muse to tormented painter Johannes Vermeer (Colin Firth). The elusive quality that Vermeer seeks to capture on canvas soon has emotional ramifications away from the frame, both actors doing a superb job of communicating emotional longing and desire.

To the sound of Alexandre Desplat's hypnotic score, Johansson de-glams for the part and also transforms an enigmatic individual into somebody utterly fascinating.

Johansson's best-ever performance? It has to be her profoundly unsettling and brilliant turn as an alien in human disguise in Jonathan Glazer's Under the Skin. A loose adaptation of Michel Faber's novel, this challenging and experimental sci-fi horror mixes expressionist explosions of imagery with raw candid camera authenticity, tracking Johansson's unnamed character as she prowls the crowded streets of Glasgow.

Her mission: to seduce, entrap and kill men for some kind of diabolical intergalactic purpose. We never really find out what that is: Glazer's film is a very much a show, don't tell, experience, but the emotion stems from Johansson's central performance. She subtly conveys the essence of an alien being slowly awakening to notions of humanity and compassion, as evidenced in her haunted reaction to leaving a baby stranded on a deserted beach.

The scenes shot in the character's van were done for real, Johansson picking up hitchhikers who had no idea it was the Hollywood A-lister in disguise. This allows for a meta thread of black humour in the movie, affording us the spectacle of Johansson going undercover in the midst of so-called 'normal' people. Like everything in this remarkable movie, Johansson's role is tricky to sum up, but it's one that's destined to stay with you.

What's your favourite Scarlett Johansson movie? With Black Widow incoming on 7th May 2021, tweet us your choices @Cineworld. 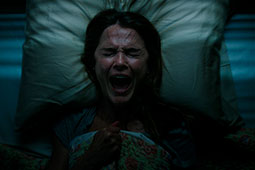 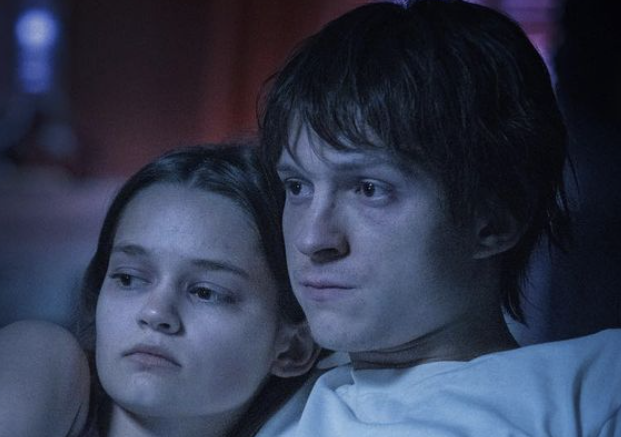 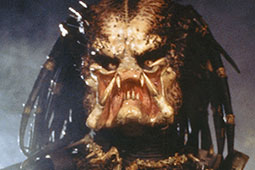 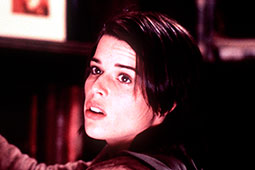 Movies coming soon: everything we know about Black Widow