The 7 most magical Disney-Pixar short movies

Get ready to set-off on a brand new, magical adventure when Disney-Pixar’s Onward makes its way into Cineworld on the 6th of March.

Featuring the vocal talents of the MCU’s Tom Holland and Chris Pratt as two elf brothers, the film transports us to a world that criss-crosses the recognisably mundane with the fantastical. There, we join the two siblings on a quest to discover real magic and resurrect their late father, about whom they know very little.

Being the latest film to come out of Disney-Pixar’s studio, we already know to expect a beautifully animated and heartfelt tale to pull at our heartstrings. Ever since Disney-Pixar released Toy Story back in 1995, the vast majority of their films have proved to be emotional workouts, with the Oscar-winning Coco and Toy Story 4 being noteworthy recent examples.

And, of course, Onward will be accompanied by the traditional Disney-Pixar short film. Short films have always been a vital part of the studio’s legacy, so as we look forward to Onward, here are seven of the most magical examples.

Now an iconic symbol of Disney-Pixar’s legacy, Luxo Jr. is a two-minute short that sees the eponymous little desk lamp enthusiastically play with a small ball, before accidentally deflating it while their parent (Luxo Sr.) watches on. It was the first film made by John Lasseter after leaving Lucasfilm’s Industrial Light and Magic – he went on to become the creative chief of Disney-Pixar, before eventually being replaced by Inside Out director Pete Docter.

The story goes that while Lasseter was developing the project, he chose an easy subject near him to experiment with: his own desk lamp. After four and a half months of hard work, Luxo Jr. was born. Not only was the Oscar-winning short a breakthrough in CGI technology; it also showcased Disney-Pixar’s unmistakable sense of humour and knack for making inanimate objects adorable.

Geri’s Game is the light-hearted and charming story of an elderly man playing a game of chess against himself in the park. But when he begins to lose to himself, he finds a sneaky way of turning the tables in his favour. The short film broke new ground in its depiction of textures, particularly skin and cloth, and took home an Oscar in the process.

Accompanying A Bug’s Life’s theatrical release, this short is the definition of a simple premise that’s perfectly executed. Clever editing and expressive animation gives the effect that you’re actually watching two different characters. But when the final shot reminds us it’s only one man having the time of his life, we can’t help but laugh along with him.

What if Disney-Pixar made a short comparable to the wackiness and vivacity of a Looney Tunes cartoon? Luckily for us, they have, and it’s called Presto. Directed by Disney-Pixar animator Doug Sweetland (who’d go on to direct non-Disney-Pixar animation Storks), this short sees hungry bunny Alec Azam sabotaging the stage show of his owner, magician Presto, when he neglects to give him a tasty carrot.

Blending classic animation techniques and storytelling with Disney-Pixar’s trademark style, Presto is a fast-paced, hilarious and inventive short that nails physical comedy. Screening alongside the equally incredible WALL-E, the Oscar-nominated flick is arguably Disney-Pixar’s funniest yet. And – as expected – it still contains a sweet moral message on friendship, too.

If there was ever a film that captured Disney-Pixar’s imagination and poignant undercurrents, it’s La Luna, which plays in advance of 2012 movie Brave. The only film by animator Enrico Casarosa, La Luna is a coming-of-age story with a difference.

When a young boy joins his father and grandfather on work for the first time, waiting in the middle of the ocean in an old rowboat, he quickly discovers their unique line of business: sweeping shooting stars off the surface of the moon. Not knowing which family member to mimic, the youngster soon finds his own method for approaching situations. By using a watercolour background and handcrafted textures – not to mention a Mediterranean-flavour score from Oscar-winning Up composer Michael Giacchino – La Luna’s style is just as captivating as its content.

Reportedly inspired by Murphy’s fascination with isolated islands and oceanic volcanoes, the charmingly catchy song was written by Murphy himself on his ukulele, and performed by traditional Hawaiian singers Kuana Torres Kahele and Napua Greig. It might be a little cheesy, but only Disney-Pixar can make a story of volcanoes so emotionally hard-hitting. And its endearing story is the ideal set-up for accompanying feature film Inside Out.

Oscar-winning short Piper follows an adorable sandpiper hatchling overcoming its fear of the ocean in order to catch food by itself. It’s therefore only fitting that this beautiful short film was attached to 2016 Disney-Pixar blockbuster Finding Dory.

While running on the beach near Pixar Studios in California, film creator Alan Barillaro came up with the character of Piper after observing a group of sandpipers reacting to the waves. The result was a breathtaking, photorealistic outing with an unbelievably adorable character. Complete with Pixar’s trademark humour, Piper is a thoughtful and uplifting fable about facing one’s fears head-on.

The first Disney-Pixar short directed by a woman, Domee Shi’s Oscar-winning Bao was presented alongside The Incredibles 2 (on which Shi worked as a storyboard artist). It centres on a Chinese immigrant in Canada who gets a second chance at motherhood when one of her steamed dumplings comes to life.

A metaphor for food and family, rooted within Shi’s own experiences growing up in Toronto as the only child of a Chinese immigrant, Bao weaves an emotionally complex depiction of a mother coping with empty-nest syndrome. Like all of Disney-Pixar’s greatest, Bao will have you laughing, gasping and crying within its short runtime.

Onward is released in Cineworld cinemas on the 6th of March. We don't yet know about its accompanying short movie, so let us know @Cineworld if you think it will become another classic. 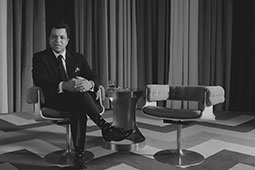