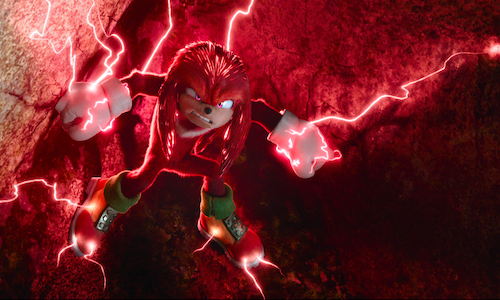 If we've been holding out for a box office hero, then we've got one in the form of Sonic. The Sega video game icon toplines this month's sequel Sonic the Hedgehog 2 and he's helped to smash an important box office record in the United States, which is excellent news for distributor Paramount.

Reports Box Office Mojo: "Paramount’s kid-friendly follow-up, Sonic the Hedgehog 2, exceeded even the most bullish industry expectations in its debut weekend and blew past the box-office competition with a sonic boom thanks to a massive $71 million bow. The Sega video game-inspired sequel marked the studio’s fourth 2022 film to open in the top spot."

According to critic and box office analyst Erik Davis, Sonic the Hedgehog 2 has posted the largest-ever United States opening for a video game movie. The movie's total worldwide gross currently stands at $158 million; expectations are that it will exceed the total haul of the first Sonic movie, which just about got ahead of the pandemic in 2020 and closed to an impressive $319 million against an $85 million budget.

"Paramount’s own estimates for the new sequel’s debut weekend were in the neighborhood of $50 million," observes Box Office Mojo. "But Sonic 2 zipped right past that number and just kept going. Unspooling in 4,234 theaters, the PG-rated sequel scored a $16,789 per-screen average and seemed to click with ticket-buyers of all ages (who rewarded it with a straight-A CinemaScore grade)."

The sequel pits the Ben Schwartz-voiced hero against Jim Carrey's nefarious Doctor Robotnik. The latter has now enlisted fan-favourite character Knuckles (voiced by Idris Elba) to help him search for the all-powerful Master Emerald. (Check out our Sonic 2 interviews with Jim Carrey and the rest of the cast and crew, plus Sonic himself.)

Click here to book your tickets for Sonic the Hedgehog 2, on release now in Cineworld. 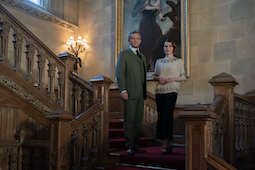 Downton Abbey: A New Era – recap the story of the series and the first film