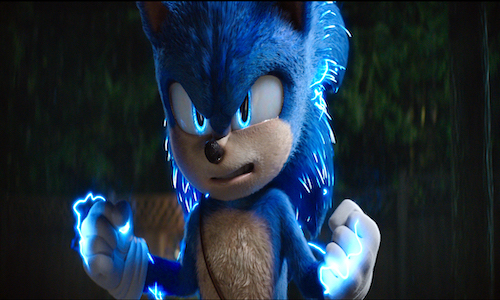 A video game movie is a difficult thing to get right. While both gaming and movies continue to be two of the biggest entertainment forms in the world, mixing them together for the purposes of big screen entertainment is tricky.

Remember Super Mario Bros, Mortal Kombat or Street Fighter? While the last two of those come under “so bad it’s good” category, Super Mario Bros and most other video game movies are total disappointments, and nowhere near good enough representations of well-loved games.

On the eve of the release of Sonic the Hedgehog 2, we've rounded up a selection of underrated video game movies that deserve more love.

You can’t have a list of video game movies without including Resident Evil. The franchise is the highest-grossing film series based on a video game in history. The fact that the movie series exists at all is the real achievement. After all, the difficulty of creating one film from a video game is difficult – to pull off six is nothing short of remarkable.

Again, the key here is taking the most popular elements of the game and updating them for the purposes of big screen entertainment. The franchise has introduced some of the game’s most popular characters, ramped up the thrills and kept plenty of scares by faithfully reproducing some of the best-loved creatures.

Credit must also go to Milla Jovovich as central character Alice, who’s anchored all the movies and broken new ground for the representation of women heroes in this arena. And the franchise is still going strong with a reboot currently in production.

In 2009, a gaming app was released onto iPhone – and within two years was one of the most successful apps in the world. That game was Angry Birds, in which you have to throw birds at pigs. Why birds? Why pigs? Nobody knew, but it didn’t stop it from becoming insanely popular. But a movie? How would that work?

Unlike the other entries on this list, as a game, Angry Birds had a lot more in common with Sonic, in that it’s not really a story-driven game with character arcs or any meaningful plot development; so how do you get it to the big screen? The answer is, with great success. The 2016 Angry Birds movie was a smash-hit, featuring the A-list vocal talents of Peter Dinklage, among others, and spawned another successful sequel in 2019. A great family movie that speaks to adults and children alike – fingers crossed this will be the blueprint for Sonic.

While not a box office smash or a critical success, the Assassin’s Creed movie showed what happens when you get it right behind the scenes. Ubisoft, the developer’s of the Assassin’s Creed series, held out for creative control of the movie and, as a result, we got a faithful version of the game, artfully done and with attention paid to the game’s mythos.

Fans of the series loved it, and that’s what counts, right? For many, the gritty and atmospheric direction of Macbeth director Jed Kurzel helped a lot, not to mention the presence of his Macbeth collaborator Michael Fassbender, who kicks plenty of ass as the titular assassin.

Now, in fairness, we could have also included the original Angelina Jolie versions of the classic Tomb Raider PlayStation games, but we’ve gone for the 2018 update. This version saw Alicia Vikander portray a younger, less polished version of intrepid explorer Lara Croft, and it came on the heels of the game franchise’s first major console game reboot. This, in turn, influenced the slicker look and set-pieces that featured in the Vikander movie.

Tomb Raider is a thrilling, action-packed movie adventure, skilfully mixing awesome Far Eastern locations with a mystery that is intensely personal to Lara herself. The movie took all of the most popular elements of the rebooted game and weaved them into an enjoyable narrative. The best part is, a sequel is in the works, directed by High-Rise's Ben Wheatley with a rumoured 2021 release date.

Pokémon has been in the public consciousness for a quarter of a century. It has inspired numerous comics, spinoffs, copycats and even animated movies. But a live-action version was never attempted, until last year. Given that Pokemon has also spawned various video games during its lifetime, that makes the movie a game adaptation, at least in part, and a rollicking one, too.

With CGI capable of faithfully recreating some of the franchise’s best-loved creatures, a storyline faithful to the Pokemon spirit, and Ryan Reynolds as the voice of Pikachu himself, the stage was set, and the film was a box office hit.

Click here to book your tickets for Sonic the Hedgehog 2, opening in Cineworld cinemas on April 1st. Got a favourite video game movie of your own? Let us know @Cineworld.

This article was originally written for Cineworld by Marvyn Wilson. 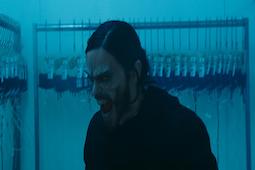