Home Cineworld Blog Star Trek 4 is in development from J.J. Abrams and Paramount 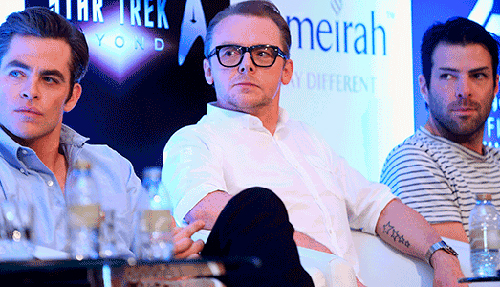 Prepare to go to warp all over again, because the fourth instalment in the rebooted Star Trek franchise is on its way. The Hollywood Reporter (THR) says that Star Trek 4 has been confirmed by Paramount executive Brian Robbins and producer J.J. Abrams, who helmed two of the movies in the series so far.

"No deals are in place," states THR, "but Paramount hopes that returning castmembers will include Chris Pine, Zachary Quinto, Simon Pegg, Karl Urban, Zoe Saldaña and John Cho, who have starred in three films, beginning with 2009’s Star Trek."

Arriving in 2009, Abrams' initial Star Trek movie made amends for the Nemesis, the misfiring culmination to the Next Generation era. Bright of colour and buoyant in tone, Abrams' movie utilised a tricky time-splice storyline to self-referentially explore the past, present and future of the Star Trek canon, largely through the presence of Old Spock (a returning Leonard Nimoy). In addition to some explosive action scenes, the movie also nailed its casting, particularly in regard to Pine's brash Kirk and Quinto's aloof, tormented Spock.

Star Trek was a huge box office hit and spawned a 2013 sequel, Into Darkness. Although entertaining, the movie was largely overshadowed by the is he/isn't he controversy surrounding Benedict Cumberbatch's casting as Khan. (As it turned out, he was, indeed, playing the classic Trek villain.)

Yet more box office moolah led to 2016's Star Trek Beyond, co-written by new Scotty actor Simon Pegg, although it failed to recoup the financial rewards of the previous movies and effectively put franchise plans on ice. As THR reports, Pine, Quinto and the rest of the crew, including Zoe Saldana (who plays Uhura), were close to signing on the dotted line in 2018, but the deal fell through.

Star Trek 4 will be helmed by WandaVision director Matt Shakman, who will work from a revised script that has been co-authored by Josh Friedman (Terminator: Dark Fate: the upcoming Avatar 2). No more details are forthcoming at this stage, but stay tuned to the Cineworld blog for more developments.