Can The Super Mario Bros animated movie vanquish the memory of its notorious, live-action predecessor? On the basis of the first trailer, one resplendent in colourful, lively tones and familiar character designs, we'd like to think so.

Chris Pratt has been cast as the voice of Mario (a decision that has led to much online discussion) and Jack Black is the villainous Bowser. The movie comes from the Illumination stable, the team that brought us Despicable Me, Minions and The Secret Life of Pets, so full-bore irreverence is expected.

The trailer doesn't give much away, barring Bowser's search for a star and Mario crash-landing into the Mushroom Kingdom. But there's no denying it invokes a great deal of Nintendo-led nostalgia, and the voice cast is terrific.

Behind the camera: Teen Titans GO! To the Movies helmers Aaron Horvath and Michael Jelenic. On scripting duties: The LEGO Movie 2 and Minions: The Rise of Gru writer Matthew Fogel.

Those are surely some good omens. The Super Mario Bros Movie is released on March 31, 2023.

Want more? Check out our list of the best video game movies. 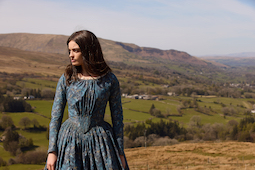 Emily: what you need to know about the upcoming Emily Brontë drama