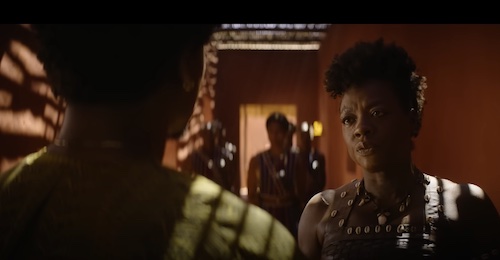 Davis plays General Nanisca, leader of the armies of the African Kingdom of Dahomey. The movie adapts a series of remarkable real-life events as it laces a history of colonialism and racism with scenes of blistering warfare. John Boyega and Lashana Lynch feature among the strong cast.

The movie screened in advance last night for Cineworld Unlimited members, and selected screenings of the film were presented in spectacular and immersive IMAX. Scroll down to discover a handful of responses that will surely convince you to watch The Woman King.

Fully engrossed in this. The sounds & visuals made you feel part of the ‘tribe’ - outstanding performances, although not sure on the casting of John Boyega even though he does a decent job.#IMAX screen definitely the way to experience this movie

It was a very fascinating historical movie, very shocking though. Viola Davis is Incredible as Nanisca. The story is very well written, whole cast and crew did a great job with the movie. Definitely give the movie a watch! Overall score: 8.5/10! Grade: A-! Well Done Everyone!! 😁

Everything about #TheWomanKing worked for me. The cast excelled in every scene, with Davis, Atim and Lynch giving powerful performances. Camera work to singing, there wasn’t anything that didn’t help build the story and atmosphere, a must see when it’s on general release.

Loved the music and dancing 💃 also all of thr cast were great. Fight scenes were good too 8/10 film for me definitely recommend to watch it in IMAX for sure 😊

#TheWomanKing @violadavis absolutely KILLED it! The physicality of the actors in this movie was immense. Also have to mention #LashanaLynch & @ThusoMbedu because just wow!!

I love movies like this. Based on real events & great acting/portrayal of history

Wow… I didn’t expect that type of a film but it exceeded my expectations a really great film, strong and top storyline plenty of action and with the addition of @IMAX 🤯 100% worth a watch for anyone even if it’s not your type of film you will most likely not be let down.

Absolutely brilliant. Imax really bought the sounds to the room. Just a really good film, fast paced and very different. Thanks for the early showing @cineworld

The Woman King goes on general release at Cineworld on October 4. Watch the trailer for a glimpse of the phenomenal Viola Davis in action.

Missed the Unlimited screening? Don't forget that your next one is the creepy horror-chiller Smile, which previews on September 26. Check out the trailer below and we look forward to seeing you there.

Not yet part of the Unlimited club? Then you're seriously missing out on the best preview screenings, a free tastecard and lots more. 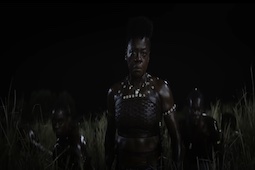 The Woman King: go behind the scenes of the Viola Davis action movie