How will April's Avengers: Endgame shape the future of the Marvel Cinematic Universe (MCU)? The movie brings the curtain down on phase three of the superhero franchise, and with the fates of many our beloved Avengers hanging in the balance, we ought to brace ourselves for an emotional ride.

Picking up from the devastating climax of Avengers: Infinity War, the movie plunges our remaining Avengers into another do-or-die battle with Thanos (Josh Brolin), who has destroyed 50% of all life in the universe. Luckily they have a couple of ace cards in the form of new recruit Captain Marvel (Brie Larson), and Scott Lang/Ant-Man (Paul Rudd), who has somehow escaped from the Quantum Realm that shielded him from Thanos's destruction.

As Captain America actor Chris Evans describes it in the following behind the scenes video, it's an emotional and moral levelling, with drastic consequences for a team who have never lost a battle before. Check out Evans's contribution, along with those from Robert Downey Jr, Chris Hemsworth, Scarlett Johansson and Marvel president Kevin Feige, all of whom explain why we're very much in the endgame now.

Avengers: Endgame is unleashed on 25th April. What do you think the future of the MCU holds? Let us know @Cineworld. 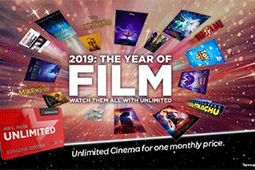