Who is Avengers 4 star Katherine Langford?

It's been announced that Avengers 4 is adding another cast member to its ranks in the form of Katherine Langford. But who is this rising star, and who is she playing? Here's what you need to know...

Who is Katherine Langford?

Australian-born Langford is best known for her appearance in Netflix teen smash 13 Reasons Why. The provocative and controversial show centres on the suicide of a young woman and the cassette tapes that provide the 13 reasons as to why she did it. Langford plays the teen in question, Hannah Baker, whose death causes shockwaves in her high school community, and she received a Golden Globe nomination for her powerful performance.

Langford also appeared in this year's hugely successful comedy-drama Love, Simon, adapted from the bestselling book about a young man who struggles to come out as gay. Langford plays Leah, one of the best friends of the titular Simon (Nick Robinson). The movie was acclaimed for bringing issues of gay sexuality into a mainstream studio movie, and Langford and her co-stars received much praise.

She's also set to appear in new Netflix series Cursed, from Sin City creator Frank Miller. The series will be set in an reimagined Arthurian world, and Langford will portray Nimue, a teenage girl destined to become the Lady of the Lake. Cursed will be broadcast in 2019.

Is she also a musician?

Yes she is – prior to becoming an actress, Langford attended Lady Gaga's 2012 concert Born This Way Ball, and was inspired to take up the piano as a result.

She then penned the original songs 'I've Got a Crush on Zoe Bosch', 'Young and Stupid' and '3 Words' and shared the videos online. She also composed anti-suicide video 'Young and Stupid' in 2013 after learning of three Perth teenagers who took their own lives.

Who is Katherine Langford playing in Avengers 4?

That's the question – the news was only announced this October and we don't officially know yet. According to The Wrap, Langford has already shot her scenes, and fans are speculating that she could be playing the older incarnation of Cassie Lang, daughter of Scott Lang/Ant-Man (Paul Rudd). The character was played in the previous Ant-Man solo movies by the younger Abby Ryder Fortson.

What is the storyline of Avengers 4?

Again, the events of Avengers 4 remain a mystery – we don't even have a title or trailer yet. Rumours are swirling that the storyline will begin five years after the devastating climax of Avengers: Infinity War, picking up with Tony Stark/Iron Man (Robert Downey Jr.) and Pepper Potts (Gwyneth Paltrow), who now have a child.

Furthermore, bloggers have speculated the older Cassie Lang will team up with her father and Stark to manipulate something called the 'time vortex'. In Ant-Man and The Wasp, the last person to become stranded in the Quantum Realm, Janet van Dyne (Michelle Pfeiffer), warned Lang to avoid this at all costs – will some sort of time manipulation ultimately defeat the villainous Thanos (Josh Brolin)?

When is Avengers 4 released?

Avengers 4 hits Cineworld screens on 26th April 2019. Tweet us your theories as to who Katherine Langford is playing @Cineworld. 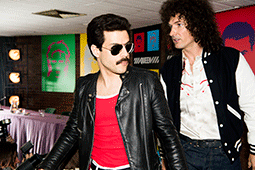