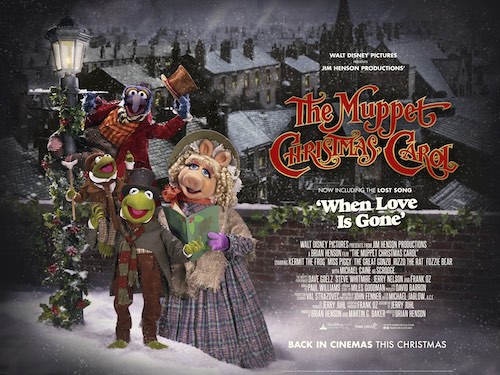 Christmas season is upon us and you know what that means: a whole host of festive re-releases at Cineworld.

It's time to get into the festive spirit by revisiting several wintry classics on the biggest Cineworld screen you can find. Scroll down to find out what's on and when.

Gonzo acts as our narrator and Rizzo is his sidekick in this surprisingly loyal adaptation of Dickens' fireside text. Grounding the madcap mayhem is a memorably surly Michael Caine as Ebenezer Scrooge, the Victorian-era miser who must confront his guilty past and reconcile with the true meaning of Christmas.

Some 30 years on, this remains one of the most popular movies in the Muppet canon, staying loyal to the gang's wacky humour while also preserving the poignancy and heartwarming impact of Dickens' writing. If the kids haven't already watched it, then treat them to the big screen experience.

And here's a delightful bonus for long-time fans of the movie: this newly restored 4K print includes the lost song, 'When Love Is Gone.' Who could resist the chance to experience this special moment on the big screen?

Click here to book your tickets for The Muppet Christmas Carol.

Who can possibly resist a 75-year-old classic from Hollywood's Golden Age? The peerless Cary Grant stars in this 1947 heart warmer, the exact kind of movie meant to banish the thought of cold mornings and long winter nights. Grant plays Dudley, the angel who manifests to a troubled bishop (David Niven) and helps guide him through a spiritual crisis.

Grant is as debonair and suave as one would expect, a far cry from the usual stereotyped depiction of angels on the big screen. Niven complements him superbly and there's excellent support from Loretta Young as the eponymous wife. With its snow-filled Hollywood sets and carefully contrived air of whimsy, this is Christmas as only Tinseltown could depict it.

Click here to book your tickets for The Bishop's Wife.

Feast on festive goodness as you experience the brilliant Elf back on the big screen. Before he helmed Iron Man, director Jon Favreau spun sentimental comedy gold from this sweet-natured story about a man raised as an elf at the North Pole.

Will Ferrell shot to stardom in his role as Buddy, the naive yet loveable human who ventures to New York to locate his real father. Along the way, he discovers how Christmas is interpreted in cynical, wintry Manhattan, which gives rise to countless hilarious lines and set pieces.

James Caan, Zooey Deschanel, Mary Steenburgen and a pre-Game of Thrones Peter Dinklage round out the excellent cast.

Somewhere in your memory, there's a reminder to experience the Christmas classic Home Alone on the big screen. And if you've already seen the 1990 blockbuster up there in lights? Go along again and revel in the movie's timeless blend of physical slapstick and festive sentimentality.

In the first of the two Home Alone movies, Macaulay Culkin shot to A-list fame as the precocious Kevin McAllister. He's the young kid who is unwittingly abandoned by his vacationing family, and he must step up when two bumbling crooks, Harry and Marv (scene-stealers Joe Pesci and Daniel Stern), look to rob his home.

Directed by Chris Columbus (later of Harry Potter fame), laced with classic quotes and scenes and threaded together by an unforgettable John Williams score, Home Alone still has the ability to enchant those of all ages.

In the 1992 sequel, Kevin becomes separated from his family while on his Christmas holidays in the Big Apple. The bad news is that the Sticky, formerly Wet, Bandits are also in town, setting in motion a hilariously wince-inducing showdown as Kevin dishes out some season's beatings.

A young boy is on the search for the true meaning of Christmas in Robert Zemeckis' festive gem. The Polar Express was the first movie to be realised entirely via performance capture, which allows the story (adapted from Chris van Allsburg's book) to occupy that breathless space between fantasy and reality.

Zemeckis' CG-assisted character swoops, dives and swirls as our hero and his friends board the festive locomotive, the Polar Express. They're then taken to the North Pole where a pivotal meeting with Santa awaits. He is played by Zemeckis regular (and cinema's nicest guy™) Tom Hanks in one of several roles in the movie.

Buoyed by its rambunctious, soaring score and songs from Alan Silvestri and Glen Ballard, this is the perfect Yuletide treat for families looking to come together this festive season.

Click here to book your tickets for The Polar Express.

Who likes their Christmas movies altogether more perverse and sinister in tone? Older audiences are advised to check in with the 30th-anniversary re-release of this quintessential Tim Burton fairy tale, the second of his two Batman movies.

Batman Returns is substantially darker than its blockbusting predecessor, pitting Michael Keaton's Dark Knight against a cadre of twisted villains. Danny DeVito's tortured and tragic Penguin sits alongside Michelle Pfeiffer's slinky and devious Catwoman for a comic book epic where the line between hero and villain is regularly blurred.

There is, of course, a great tradition of nasty Christmas movies (Gremlins et al) and the joyously macabre Batman Returns fits squarely in that bracket. Just one glimpse of the wintry sets and Danny Elfman's celeste-led score, and we're immediately located in a memorably nightmarish festive period.

Click here to book your tickets for Batman Returns.

How many of these Christmas movies will you be soaking up at Cineworld? Don't forget that with a Cineworld Unlimited membership, you can feast on all of them, and lots more besides, from just £10.99 a month.

Find out more about Unlimited here and by watching the video below. 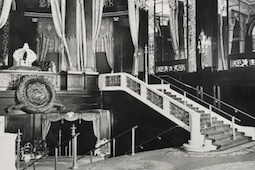